Lil Uzi Vert to security mid-performance during Made in America: 'Relax. This is my city, bro' 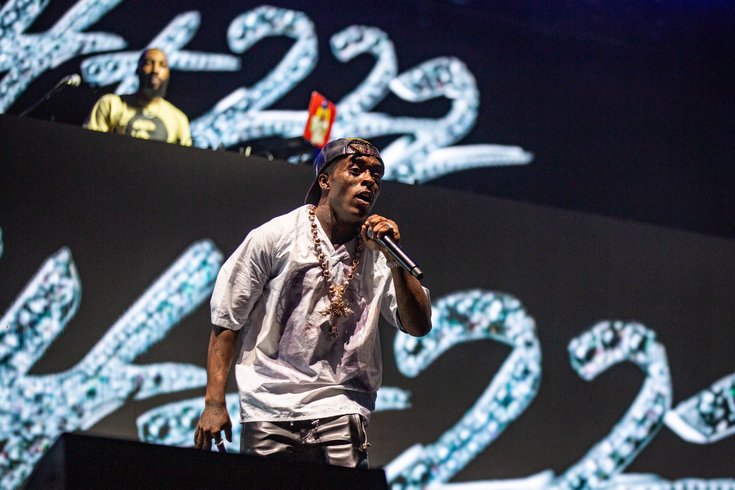 Lil Uzi Vert during the Made In America Music Festival on Sunday.

Lil Uzi Vert called out security mid-performance for apparently being too rough with a fan at Made in America.

Uzi joined a busy lineup on Day 2 of the festival alongside Lizzo, Travis Scott, and Tierra Whack. This was his third time performing at the festival on the Ben Franklin Parkway.

RELATED: Beyoncé celebrates 38th birthday jamming onstage to Lizzo at Made in America

In videos from his set, you can hear Uzi cut off a song abruptly after he spotted a guard, at from the rapper's perspective, getting too physical with a concertgoer.

"Y'all grabbing that n***a and don't even know why you're grabbing him," he said. "Relax, bro. Relax. Relax. This my city, bro, ain't nobody gonna hurt me. I got too many killers out here, bro. Relax. Let's go."

#LilUzivert Goes Off On Security For Grabbing On One Of His Fans At #MadeinAmerica. #TIDALxMIA