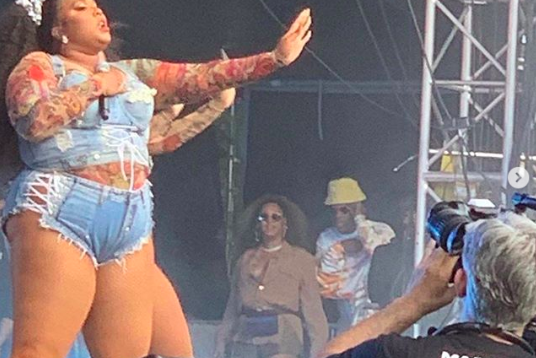 Beyonce made an appearance at Made in America to watch Lizzo perform.

Super fans took to social media during the Made in America festival over the weekend to report that not only was Queen Bey present for Sunday's shows, but she was onstage to hear Lizzo's set.

Beyoncé, who turns 38 on Sept. 4, celebrated a few days early with a cake backstage during the Philly festival. And she confirmed she would be in the city for the day on Instagram.

But fans noticed that Beyoncé and festival creator Jay-Z were actually in the wings of the stage during Lizzo's performance on Sunday, too.

Lizzo herself even posted about her new fans.

Swipe to lose your fucking mind 🐝