A look into the lives of the Founding Fathers

Museum of the American Revolution to open spring 2017 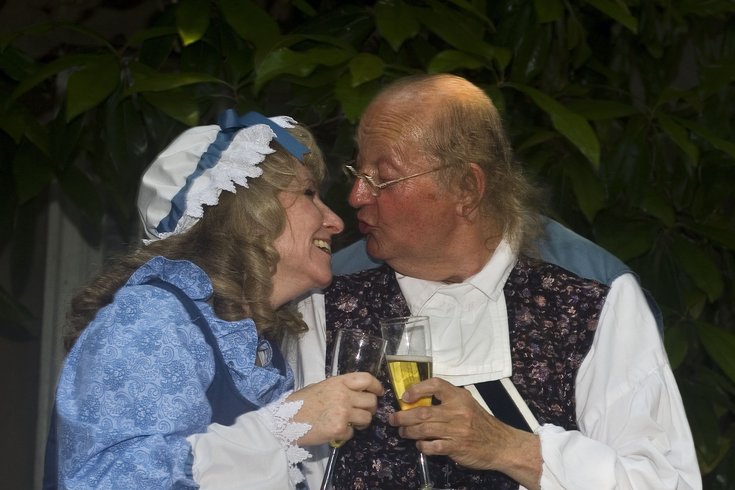 Linda Wilde as Betsy Ross and Ralph Archbold as Ben Franklin move in for a kiss at a news conference at the Betsy Ross House in Philadelphia, Monday, June 9, 2008.

A groundbreaking national museum, the Museum of the American Revolution, is set to open in spring 2017 in Philadelphia – the city that served as the headquarters of American's founding.

The museum is being made possible through a non-partisan, nonprofit organization with the support of donations. As of early June 2016, $130 million of the $150 million campaign goal has been met.

The purpose of the museum will be to place visitors, particularly younger generations, in the shoes of the Founding Fathers in the days surrounding the Declaration of Independence.

The museum's website also provides an interactive, room-to-room view of what the building is expected to hold, including "permanent and temporary exhibit galleries, theaters, and educational spaces."

Read more about the museum's progress at the Museum of the American Revolution.