ACT CEO: Turn Philly's Logan Circle back into a square 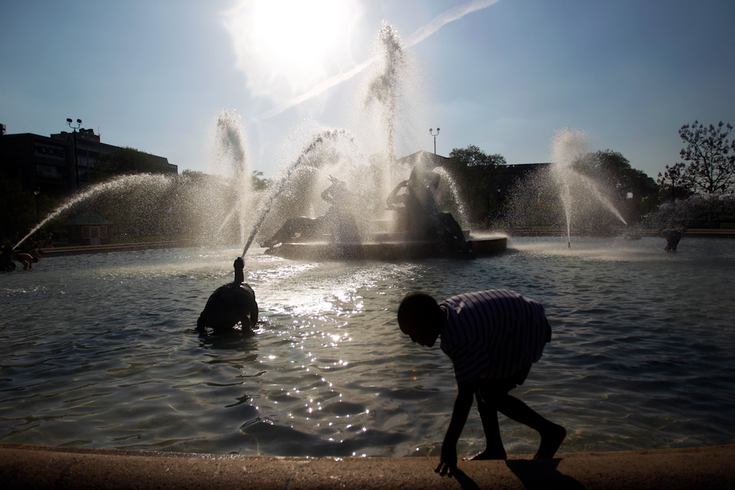 Tajimere Foreman, 6, of Philadelphia, plays in the fountain at Logan Circle, Monday, April 16, 2012, in Philadelphia.

Philadelphia residents identify with Logan Circle partly because of the iconic Swann Memorial Fountain that acts as its centerpiece – a nice place for a summer dip – and partly because it serves as a gateway to the Benjamin Franklin Parkway, a scenic but unwieldy thoroughfare whose history is rife with squabbles among urban planners.

While many still use the names "Logan Circle" and "Logan Square" interchangeably, the space actually was a square all the way up until 1917, when construction began on a $1 million, voter-approved plan to connect Philadelphia's Center City with Fairmount Park. Inspired by the Europhilic City Beautiful movement, the design resulted in the boulevard that City Council later named the Benjamin Franklin Parkway in 1937.

As detailed in a 2014 op-ed for The Broad Street Review, many urban planners and architecture critics have questioned the civic value of the design over the last several decades, arguing that the ideal of emulating the Champs-Élysées in Paris ultimately produced a sparse, tough-to-navigate swath of Center City that should be ambitiously redesigned to enhance access to public life in the vicinity.

Gregory Heller, CEO of the national American Communities Trust, writes that Philadelphia's leaders in urban planning should form a coalition to fix Logan Circle – and, by extension, the Parkway – by turning it back into the square it once was:

The Parkway looks good on the Fourth of July and during the marathon. But otherwise it’s an underutilized, poorly planned, highway wasteland of an urban space. We should face up to the fact that as much as we love the view from museum steps, and the boulevard of flags on the evening news, the Parkway is a disaster and the city would be better if it were never built.

Heller, who wrote "Ed Bacon: Planning, Politics, and the Building of Modern Philadelphia," acknowledges that city officials have taken some incremental steps in recent years to improve the area, described by Hidden City in 2012 as a "museum ghetto."

In addition to the arrival of The Barnes Foundation, the Center City District/Central Philadelphia Development Corporation has introduced two new cafes, re-landscaped three parks, and installed lighting and other pedestrian improvements. The Department of Parks & Recreation and Penn Praxis, meanwhile, adopted a "More Park, Less Way" action plan to complete small-scale projects that will restore vibrancy in the area.

Transforming it back would not be a new idea so much as reclaiming an original plan for the Parkway that was better and less disruptive to the urban landscape...It would draw more walkers into the northwest quadrant of the city. It would greatly improve property values of the buildings around it and unify the surrounding communities.

Among the focal points of Philadelphia Mayor Jim Kenney's first budget is revitalizing Philadelphia's system of parks and playgrounds. Though Heller admits the cost of transforming Logan Circle would be immense, he also argues that improving about 20 acres of "prime Center City land" – and encouraging activity to spill over from downtown – would be a long-term victory for Philadelphia's cultural boulevard.