And you get to try them all 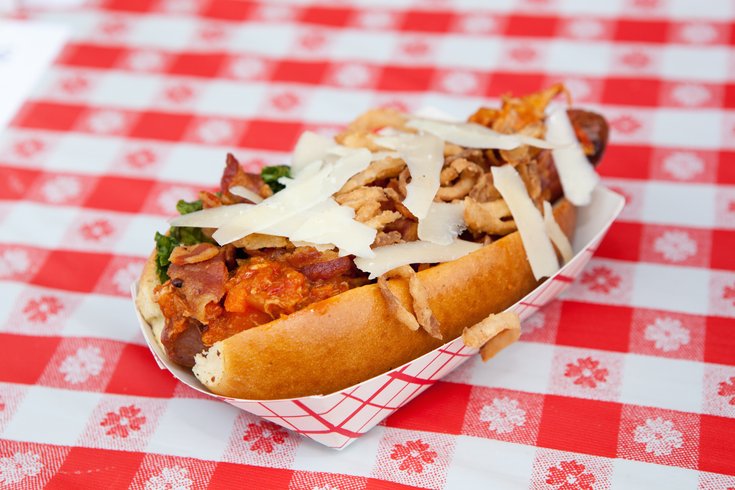 Ten restaurants will compete, but only one can be named top dog.

Saturday, July 18, chefs from 10 Philly restaurants will compete in the ultimate summer food showdown: the Dog Days of Summer Hot Dog Cook-Off. Each eatery will go head-to-head and grill-to-grill with their homemade hot dogs and sausages, and the public gets to taste test them all.

The grill masters of BRU Craft & Wurst, Brauhaus Schmitz, Bridget Foy's, Cavanaugh's Headhouse, His & Hers Restaurant, Hungry Pigeon, Misconduct Tavern, South Bowl, Tap Room on 19th and Twisted Tail will be competing. A panel of judges will award three prizes to the best dogs, including the $1,000 top prize.

The public will try samples of each dog and cast votes for the fan favorite. Admission to the event is free, but food and drink tickets will be available for four for $10. VIP packages, which include early admission and 20 tickets, are going for $30.

Victory Brewing Company and The Boston Beer Company will be selling libations, and Mompops will be on hand for frozen treats. Swift Technique will provide the live entertainment. Money raised from the event funds the preservation of the historic Headhouse Square Shambles.