By Brian Hickey
PhillyVoice Staff
NFL Will Parks
from 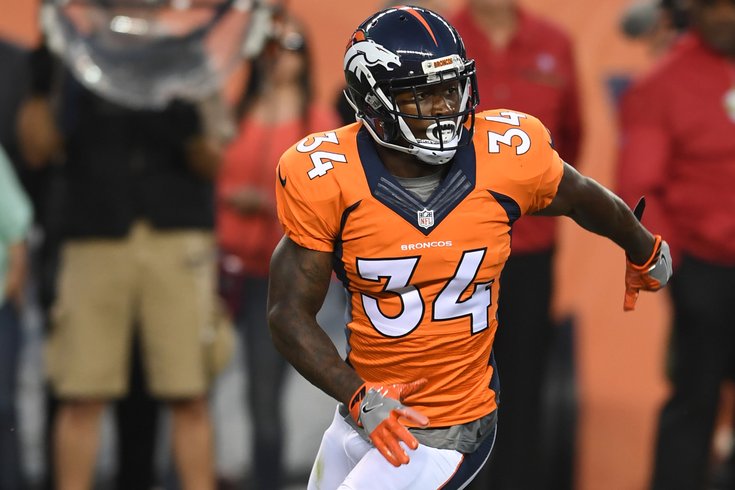 Will Parks, a graduate of Germantown High School, made the cut with the Denver Broncos. He'll play safety for the defending Super Bowl champions in the 2016-17 season.

He was the 219th pick in April’s NFL Draft and Thursday night – after proving his mettle throughout training camp – Will Parks will run out from the locker room onto Sports Authority Field as a member of the Denver Broncos.

Realizing one’s dreams of becoming a professional football player would be an overwhelming accomplishment for anyone. Making it all the more noteworthy for the Germantown High School grad is the fact that he’s joining a defense that carried the team to a Super Bowl win just seven months ago, and his first game is a rematch of that championship showdown.

“Yeah, I’m pretty nervous,” Parks told PhillyVoice during a Tuesday afternoon phone interview. “It’s crazy to know I’ll be playing in my first NFL game. It’s an amazing position to be in.”

That position has Parks – who will wear No. 34 for the first time in his playing days – as one of four safeties in the Broncos’ “No Fly Zone” secondary. His hard-hitting versatility could see him used in dime packages, on special teams and, at times, as a cornerback.

Before the final cuts were announced last week, Parks was confident that his work ethic on the field and attention to detail would serve him well. Thanks to that, it became less of “a waiting game,” though there were some tense moments along the way.

“We were all just sitting around, waiting to see who got called up to the [coach’s] office," he said. “Then, we went to the team meeting room and heard, ‘Congratulations. Everyone in this room deserves to be here.’ It was amazing to be in that position. I feel as though God makes everything happen for a reason. I went to this team for a reason. I’m truly blessed.”

Talking about the adjustments made over the past few months, Parks said he’s been welcomed by teammates who have gone out of their way to help him adjust from the Arizona Wildcats to the big leagues, shouting out teammate T.J. Ward in particular.

“T.J. Ward, Aqib Talib, all of the guys have helped us [rookies] through the process, not only with football, but with life in the NFL, the ins and outs of training camp, preparing us for the fatigue, telling us to stick in there and stay focused the whole time,” he said.

Already getting used to the media rounds, Parks lauded Broncos supporters “as the best fans in the country; they were there in full effect for preseason games.”

With the Broncos slated to visit the Eagles next season, and Parks having signed a four-year rookie contract, the conversation naturally turned to his hometown.

Parks said local fans could expect to see him play “Philly football: fast and aggressive. That’s how we play on the Broncos.” He didn’t anticipate “anybody hating on me” should he come to Lincoln Financial Field as a member of the opposing team and had some words for Public League football players watching his successful path from afar. 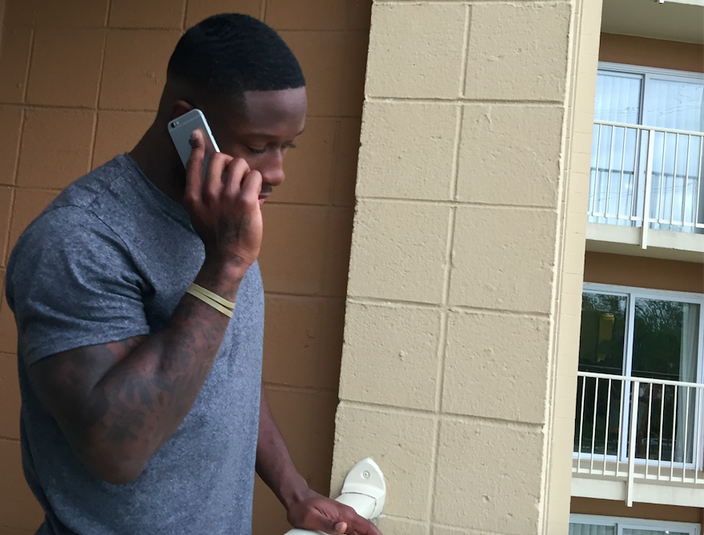 Will Parks, a safety who played football at Germantown High School and the University of Arizona, learned Saturday afternoon that he'd been drafted by the Denver Broncos courtesy of this telephone call from the team.

“The ones who are different are the ones that get out and make it. You don’t have to sell drugs or be out on the streets. You can get out of the city. You can be cool by getting good grades, sticking to your plan and working hard, too,” he said. “I love this city to death and represent it everywhere I go, just like the other local players who’ve made the NFL.”

As for local players in the NFL this season, one matchup captured many local fans' attention. When the Broncos face the Houston Texans on Oct. 24, Parks will face off against Will Fuller, the first-round pick/wide receiver who played at Roman Catholic. Already on Fuller's team? Fellow receiver Jaelen Strong, who played at West Catholic High.

Jihad Ward, a lineman who attended Bok Technical High, was also drafted this year by the Oakland Raiders, who face the Broncos twice this year.