CBS Philly takes to the streets for 'Good Question' segment 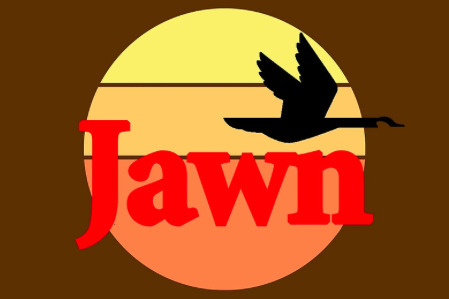 If you were to ask most Philadelphians to explain the functional meaning of the word "jawn," they'd probably tell you it's pretty much a substitute for any noun serving as the focus of a particular conversation. A nice car ("that jawn is tight"), a delicious sandwich or bag of chips ("those jawns are bangin'"), even a jar that can't be pried open ("jawn is stuck"). Theories suggest the term originated as a morphed form of the word "joint," which we also use to say, for example, "That joint is off the hook."

As ridiculous as this all sounds, sometimes our familiarity with the term "jawn" makes us forget that others – a copyeditor, perhaps, who's originally from New York City – have no idea this an accepted article of speech, much less something that could appear in writing. Even BuzzFeed produced a video last year asking outsiders to guess the meaning of several words common to Philly slang. No surprise, it prominently featured "jawn."

To bring further clarity to the matter, CBS Philly's Nicole Brewer devoted a segment of her new "Good Question" series entirely to analyzing the origin of "jawn." She took to the streets and even contacted a Penn linguistics professor to venture an etymology.

The segment, picked up nationally by Jezebel, now provides the masses a living, breathing, Kinja-fueled document that will help visitors to our city make sense of this word for generations to come. As the top commenter points out: for real, the rest of the world just needs to learn how to pick up context.