Tribe of Fools and Brian Sanders' JUNK join 'Fake Off' 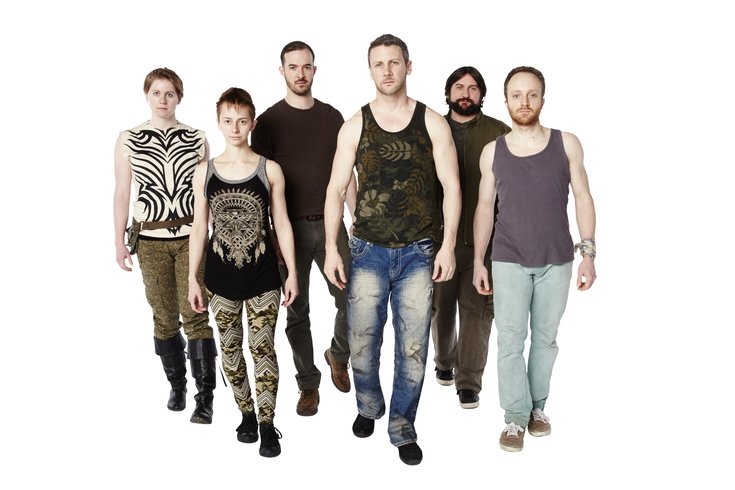 Fans of the local theater scene will love this season of TruTV's spectacle-filled reality competition "Fake Off." Philly's own Brian Sanders' JUNK (below) and Tribe of Fools will appear in the show's second season, which premieres Wednesday, May 6 at 10 p.m.

On "Fake Off," 10 teams compete in the art of faking, a combination of theater, dance, illusion and pop culture that TruTV pretty much made up. Despite its dubious origins, faking is a creative, mind-boggling type of performance that uses lights, projections, acrobatics, storytelling -- basically anything -- to surprise the audience with a popular narrative. (Still confused? Watch this.)

Each team of performers has a few days to put together and rehearse a 90-second routine based on a moment in pop culture. Then, they perform it on stage for a live audience and a panel of celebrity judges. Dancer and "Glee" star Harry Shum Jr., choreographer and Emmy-nominated director Laurieann Gibson and actor and choreographer Beau Casper Smart sit on the panel. Oh, and the winning team gets $100,000.

Neither Terry Brennan of Tribe of Fools nor Brian Sanders knew of "faking" before the show, but both companies perform a similar combination of dance and physical theater. 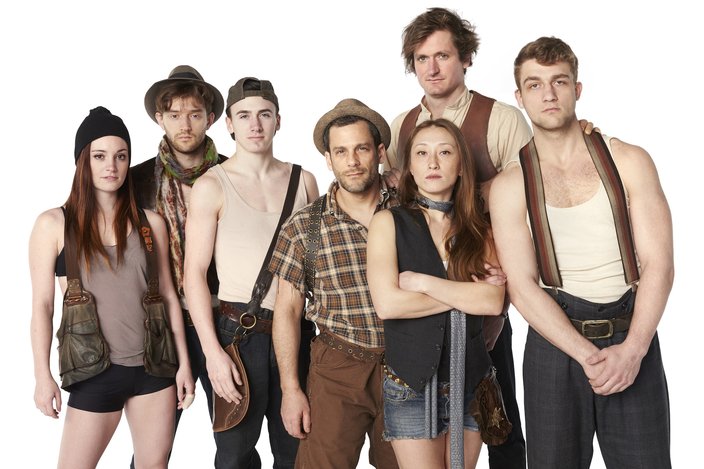 Brennan, for one, first thought the email he received from TruTV's casting department was a joke. Since TV shows tend to use close-up shots and Tribe of Fools' work is theatrical, he couldn't imagine a show that they'd be right for.

"But then I watched the clips [of season one]," he said, "and I was floored because I was like, somebody made a show built around what we do!"

Though each team came prepared with the tools to "fake," it wasn't exactly natural to transition from doing full-length stage performances to creating short clips with instantly recognizable narratives.

"You only have 90 seconds to tell a story, so the key is that you’re pulling from other really well-known tropes and stories so people go, “Oh, I get this," Brennan said.

"It was a completely different process from how I normally create work," Sanders said. He agreed the short time frame was one of the most challenging parts of the competition.

Brennan also said that blocking their performances for TV rather than a stage audience was a bit of a learning curve. But despite the challenges each team faced, they both went home having learned a thing or two from the experience and their co-contestants.

"Probably one of the greatest benefits of the show was interacting with all the other artists," Sanders said. "There was a tremendous amount of creative talent working on the show itself, so it was fulfilling to meet with them and collaborate."

Brennan was impressed by some of the dance teams' training regimens and hopes to work their techniques into Tribe of Fools. "What I really took away from [the show] was really kind of honing what we do but also getting it really conditioned and packaged," he said.

As the two teams representing the City of Brotherly Love this season, JUNK and Tribe of Fools, of course, shared more than a hotel floor. The performers kept each other grounded in the competitive, if friendly, environment by hanging out off-camera.

"We actually had a Philly bonding experience. We didn’t know any of [JUNK] before that, but when we left we were really good friends," Brennan said.

So good, in fact, that Sanders said the two companies are working on a collaborative project this summer.

Of course, neither leader could spill the beans on how long they lasted in competition. We do know, however, that no one goes home in the first episode; TruTV posted it online in advance of the premiere.

Until the winner is revealed, you can catch each team's performances on Wednesdays at 10 p.m.