Will Lou Scheinfeld’s Museum of Sports Ever Get Built? 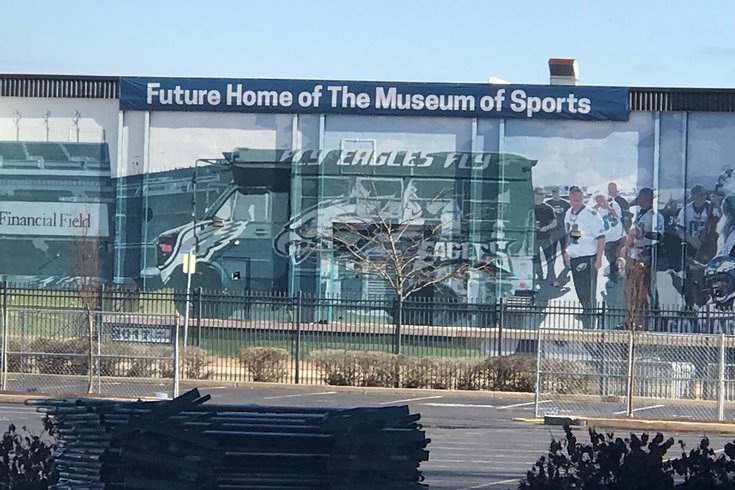 Will the Museum of Sport in Philly EVER actually happen?

When — or it seems to have become more of an if — the Museum of Sports ever gets built, wherever it turns out to be, Lou Scheinfeld says Kate Smith will be prominently displayed.

The man primarily responsible for bringing the renowned late singer into the Flyers’ bosom nearly five decades ago, which helped resurrect her career, in fact, says the recent chain of events that has led to her ostracism, won’t have any bearing on her historical significance in Philadelphia.

“She was going to be part of it and will be a part,” said the 83-year-old Scheinfeld, whose eight-year quest to make the proposed museum a reality has hit a roadblock due to lack of funding. “You don’t erase history. You learn from it. Personally I feel she was wronged. I’m disappointed in the Flyers acting so rashly to tear down the legacy and memory of a great woman whom I got to know personally.

“She couldn’t have been more gracious. To her the Flyers were ‘my boys.’”

Yet when news came out Smith, who received the Presidential Medal of Freedom from Ronald Reagan in 1982, had recorded a couple of songs with racially insensitive lyrics the reaction was swift. First the New York Yankees, then the Flyers decided to discontinue playing her classic recording of “God Bless America,” which had been a Flyers’ staple and rallying cry for years, That was followed by them covering up the Kate Smith statue outside XFinity Live, which was subsequently moved off the premises.

The whole incident so riled up Scheinfeld he wrote an op-ed piece for the Inquirer saying how the Flyers had done her wrong.

“They didn’t really look into Kate Smith and who she really was,” said Scheinfeld, who served as Flyers’ vice-president and Ed Snider’s right-hand man from 1966-81 and later as president of the Sixers from 1981-83. “She was a great patriot and American.

“She was not a racist or anti-Semitic. She raised money to defeat Hitler in World War II. She entertained millions of troops on the radio and she specifically sang that song to uplift these spirits of America during a dark time.”

Presumably that and more will be spelled out should Scheinfeld’s dream of the Museum of Sports ever comes true. Exactly why a project he’s been poured his heart and soul into for so long, raising some $4 million along the way, has hit a snag no one’s quite willing to say.

Despite having secured a temporary site — the Jetro Building directly across from Lincoln Financial Field — and gotten approval for a zoning license, he’s encountered a number of obstacles trying to create a place to celebrate all Philadelphia— as well as national — sports under one roof.

While no one from the Phillies, Eagles, Flyers or Sixers is willing to go on the record to discuss their feelings, their silence seems to speak volumes. Whether it’s fear of traffic and parking hassles on game days when the Museum might be in operation, concern it might cut into fans’ entertainment dollar or just a general unwillingness to partner with an outside agency, there’s been only minimal financial assistance offered.

Considering teams won’t hesitate to spend outrageous amounts on players — even role players who often make little or no contribution to the product on the playing field — their cold shoulder attitude seems puzzling.

But not to Dr. Nicholas DePace of Haddonfield, NJ,, who’s offered to loan most of his extensive collection to the Museum.

“Pro teams are not interested in culture,” said DePace, a native of Newark, NJ, who first met Snider and Scheinfeld a decade ago and fell in love with their idea of the Sports Museum. “They may say they are for a nominal amount of money, but their lack of activity is a negative. There’s no family atmosphere at the ballpark or the arena, so don’t go under false pretense there is. There’s nothing nostalgic.”

Scheinfeld is hoping his museum could change that. 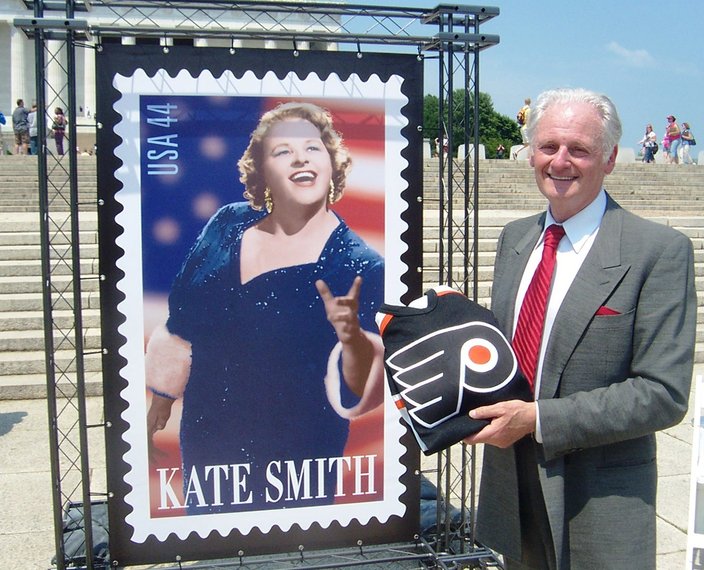 “The thing is we have all the goods, all the collectibles,” explained Scheinfeld of a project he’s certain would’ve been completed by now were philanthropists Snider and Lou Katz still alive, “More memorabilia than we could fit into the museum.

“The thing that makes it so expensive is high tech. Young people today want high tech. They want virtual reality. To see what it’s like to hit a 100 M.P.H. fastball… to ride up the Manayunk Wall… Or drive in the Indy 500.

“Those things are expensive, but necessary.”

The bulk of the memorabilia that would be on display come from the personal collection of DePace, who specializes in one-of-a-kind items and recently sold his prize Babe Ruth jersey for $5.4 million.

“My collection is unique because it’s all sports — baseball, basketball, football hockey, boxing, golf, horse racing,” said DePace, who at 65 still runs a thriving private practice. “I’ve got a blanket worn by Seabiscuit… The bell from the Dempsey-Tunney fight (the famous 1926 “long count” at the old Municipal Stadium)... Wilt Chamberlain’s championship jersey… Doctor J’s jersey... Bernie Parent’s mask… Baseball jerseys that go all the way back to Ed Delehanty and Lou Gehrig.

“Everything belongs in Philadelphia, because Philadelphia’s a great hub of American freedom and American sports.”

The problem is forces seem to be working against them, which Scheinfeld never imagined when he first proposed the idea to Snider and Katz.

“Lou Katz once stood up in a meeting and said ‘I personally will make this happen to because we have to have something like this to remind kids who Paul Arizin and Bobby Clarke were,’” recalled Scheinfeld, who’s been hosting a weekly radio show on 610 AM/ESPN to promote the museum and has more information on his website themuseumofsports.org. “We have persevered and raised enough to pay for attorneys to get the zoning pass and pay rent for several months.

“Right now we’re also looking at other locations. But we’re not the Philadelphia Orchestra. Not the Museum of Art and we’re not a disease. We want to be a Dave & Buster’s meets Cooperstown. We would be one of the few museums in the U.S. that celebrates all sports. I’d like Philadelphia fans to see who Connie Mack was, who Richie Ashburn was, that Joe DiMaggio was not ‘Mr. Coffee.’ It’s 50 percent Philadelphia and 50 percent national.

“Some 50,000 people listen to this station. There might be one out there who becomes our angel, who says ‘I love this idea. I have a huge foundation. I want to make sure it happens.’”

Until that happens, though, Lou Scheinfeld will just have to keep dreaming.