Disney releases trailer for 'Star Wars: The Rise of Skywalker'

'No one’s ever really gone' 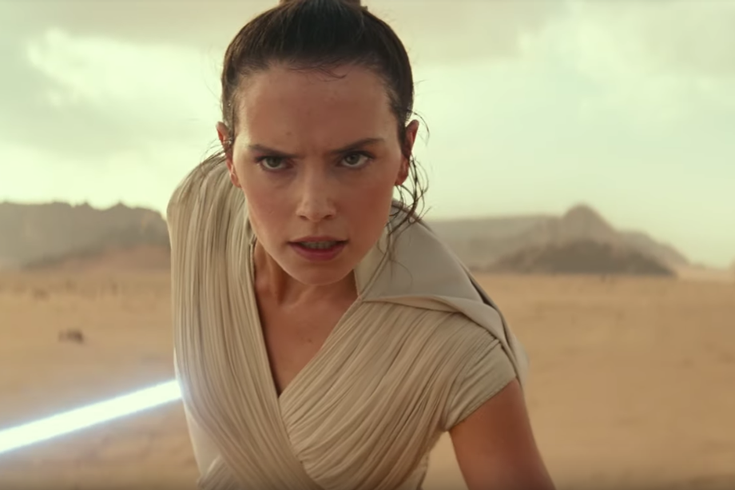 "Star Wars: Episode IX - The Rise of Skywalker" will premiere in theaters on Dec. 20.

Disney debuted the first trailer for Episode IX, "Star Wars: The Rise of Skywalker," at a live panel for the Star Wars Celebration in Chicago on Friday.

The trailer brings us glimpses of Kylo Ren, BB-8, the late Carrie Fisher, and even Lando Calrissian. As Fisher, starring as Princess Leia, as she holds onto an emotional Rey, Mark Hamill’s Skywalker voices over with “We’ll always be with you. No one’s ever really gone.” Apparently that's very true because at the end of the trailer we hear the evil cackle of Palpatine himself, back from the dead.

(Spoilers) In "The Last Jedi" Luke Skywalker falls at the hand of his nephew, Kylo Ren. During a live discussion on Friday with Stephen Colbert, Ridley discussed what happened with Luke's light saber, which was handed down to him by his father, Anakin. "Well, my answer is not the end of the story... but the lightsaber that Rey inherited from Luke lives," she said.

Disney CEO Bob Iger told Bloomberg that after "Star Wars: Episode IX," Star Wars will be going on a hiatus. He said, “We will take a pause, some time, and reset, because the Skywalker saga comes to an end with this ninth movie. There will be other Stars Wars movies, but there will be a bit of a hiatus.”

"Star Wars: The Rise of Skywalker" will open in theaters Dec. 20.