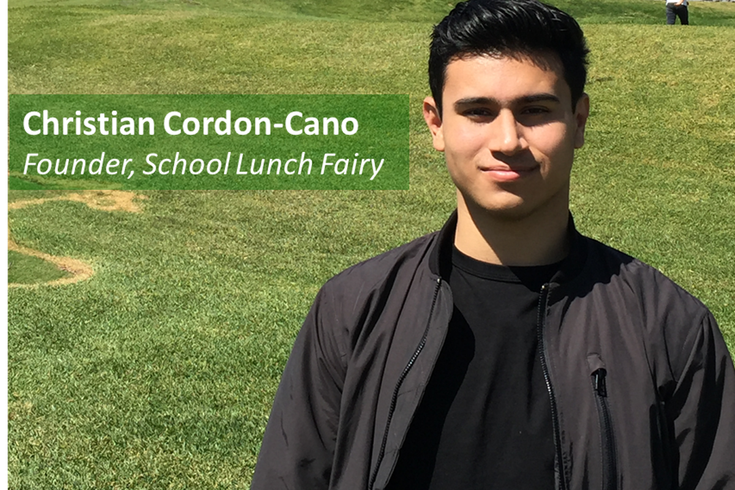 Christian Cordon-Cano, founder of schoollunchfairy.org, wants to make sure students in New Jersey can get a school lunch even when their account is short on funds.

A high school student on a mission to end lunch shaming – singling out students with cafeteria debt – is now working to raise money to assist New Jersey students.

Christian Cordon-Cano, the Florida-based founder of www.SchoolLunchFairy.org, has reached out to the Collingswood School District and offered to assist students. He had read Wednesday's story on PhillyVoice about reported lunch shaming at the district's high school.

The story included an interview with an Oaklyn father who said he believes his children were stigmatized by the practice of lunch shaming in the district, though a schools official disagreed.

“If a kid doesn´t have money to pay for lunch that day, they can use the emergency lunch fund to pay for their meal,” he added. “Legislation banning lunch shaming is certainly a step in the right direction but it does not solve the fundamental economic problem of paying for school lunch."