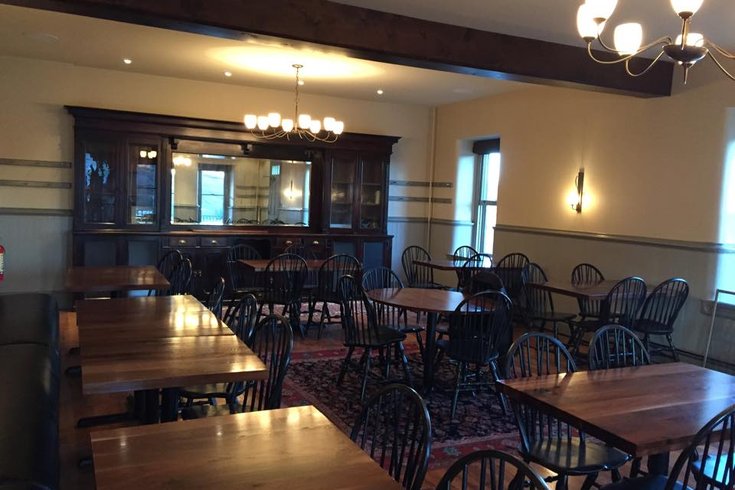 A peek at the revamped inside of Mainland Inn.

After more than three years of being closed, Mainland Inn has finally reopened.

"It's been a long time coming, so we're ready, and we're excited," Evan Oxenfeldt, general manager of Mainland Inn, told PhillyVoice.com. "This was a drastically delayed project."

The primary reason for the delay, he said, was a commitment to making the building "ADA accessible," despite the fact that it didn't have to be.

"We felt it was the right thing to do," he said. "But that opened up a whole can of worms, with getting things reviewed, inspected and up-to-date."

In the process, the restaurant lost its high-profile chef, Steve Eckerd, former chef de cuisine at Le Bec Fin. He's since been replaced with West Coast chef Ezra Duker, who previously worked at Morimoto Napa and The French Laundry.

Among the items on the menu at its grand opening: cottage pie, monkfish cassoulet, chicken and dumplings, Rhode Island squid and cauliflower custard with peekytoe crab. (See the menu for yourself here.) The menu also includes biodynamic wines and organic beers.

"There's really not a restaurant in the city doing [organic] to the extent we are," Oxenfeldt said. "We've committed to sourcing everything organic, which has definitely been a learning experience."

The dining area seats 100, with an additional seating area that fits 40 at the downstairs bar.