De’Von Pickett died from his injuries on Feb. 18 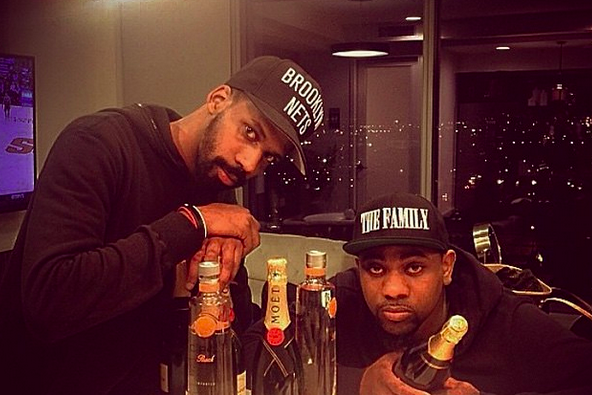 Read More
Police charged a man on Tuesday with the Feb. 18 fatal stabbing of rapper Nicki Minaj's tour manager.
Pierce Boykin, 31, of East Mount Airy, is charged with murder, attempted murder, aggravated assault and similar offenses for allegedly stabbing De’Von Pickett to death outside of Che Bar and Grill in the West Oak Lane section of the city. Boykin's friend, Eric Parker, 27, who also worked for Minaj, was stabbed in the arm, NBC Philadelphia reported.
Pickett and Parker were reportedly accompanying a female bartender who Parker was dating to her car around 2:35 a.m. when a group of men approached her. A fight broke out and Pickett was stabbed in the torso while Parker was stabbed on his left side and arm. Pickett died from his injuries after being rushed to Albert Einstein Medical Center.
Click here for the full story.