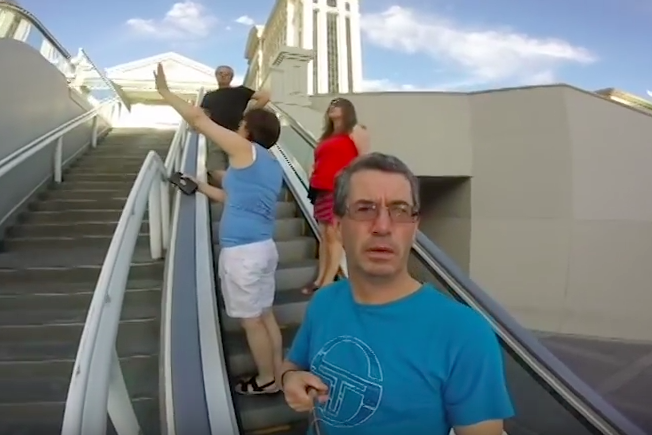 An Irishman took the GoPro his son gave him on vacation to Las Vegas and filmed the entire trip in selfie mode.

In a "classic dad move," Griffin's father took the GoPro his son gave him on vacation to Las Vegas and filmed the entire trip in selfie mode.

"Gave my Dad my GoPro while he was in Las Vegas," Griffin wrote in the video description. "I did not, however, instruct him on how to use it."

The four-minute-long video features the Irishman's face, rather than the different landmarks he thinks he is pointing out to viewers.

"Classic dad move!" GoPro said in a comment on the video. "What happens in Vegas, doesn't always stay in Vegas."

GoPro, after hearing that Griffin's dad later took the camera "swimming without the waterproof case on," has offered to send him a new one.

"Well don't worry we will hook you up with a HERO+LCD!" the company said. "The LCD and Waterproof housing should be Dad-Proof."

The video had more than 4 million views as of Tuesday.

Watch the comical vacation coverage below.