On the Market: Rural home that feels like springtime

By Sharon Lurye
PhillyVoice Contributor
On The Market Real Estate 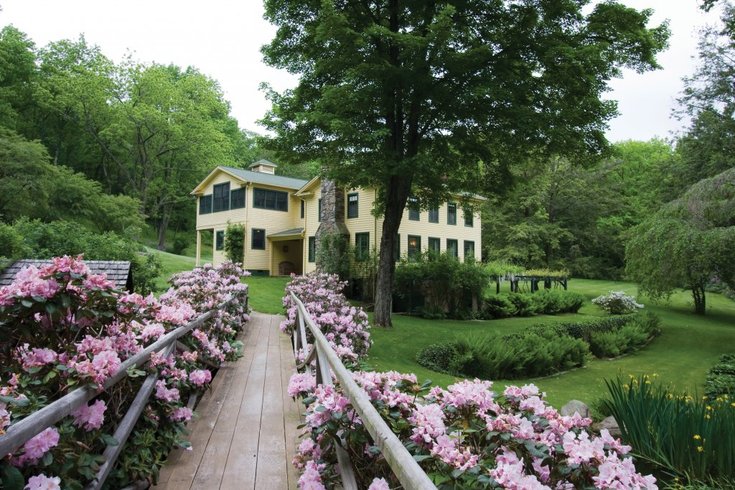 This rural home in Benton, Pennsylvania has a garden with over 100 varieties of rhododendron.

In the depth of a gray, rainy winter, here’s a property on the market that reminds us of what springtime looks like.

More than 100 species of rhododendron adorn this 10-acre property in Benton, Pennsylvania. There’s trout in the pond for fishing, apples and plums in the orchard for picking, and hiking and ski trails for rambling in every season.

"The original half of this home was built as kind of a hunting lodge for C.S. Woolworth and his buddies, and they would go up there on weekends and go hunting … they'd have some drinks and cigars and they'd return to Philadelphia and tell their wives what a great time they had, and the wives got jealous," said listing agent A. James Pearsall. 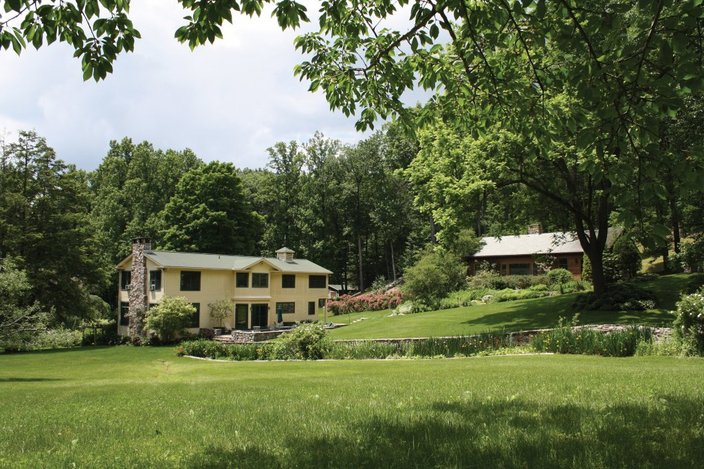 A trout-filled stream and pond sit on the 10-acre grounds.

The wives also got their husbands to make the home, built in 1876, just a tad less rustic. Adding bathrooms was a nice idea, for instance.

Later owners built up the home into the modern state it’s in now. Pearsall described it as “a little bit rustic but certainly comfortable.”

The home is owned now by a hunter who also brews hard cider from the apples in his orchard, taps the trees on his property for maple syrup, and grills the fish and game he catches on top of the kitchen’s wood-burning stove. I don’t know who this person is, but I imagine him to be some kind of Ron Swanson-esque ubermensch. 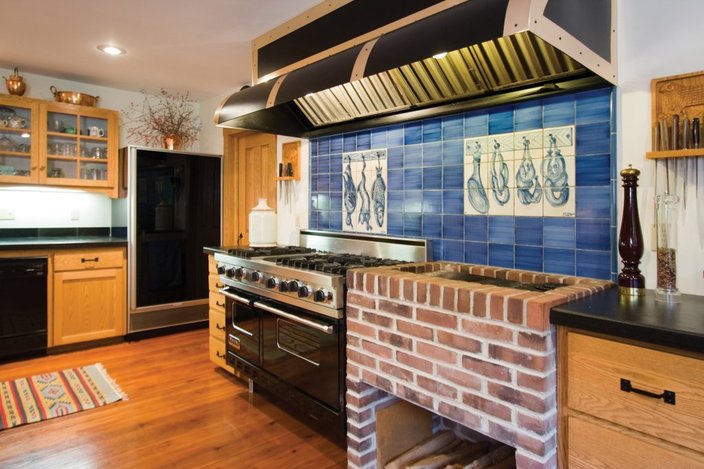 The kitchen features a wood-burning stove.

"There is a maple sugaring shack on the property and a big collection system for collecting sap from all the trees in the area. Every winter they've canned their own maple syrup," noted Pearsall.

Fishing, hiking, cooking, hunting, gardening: This lodge in rural Pennsylvania has everything an outdoorsman (or woman) could possibly want.