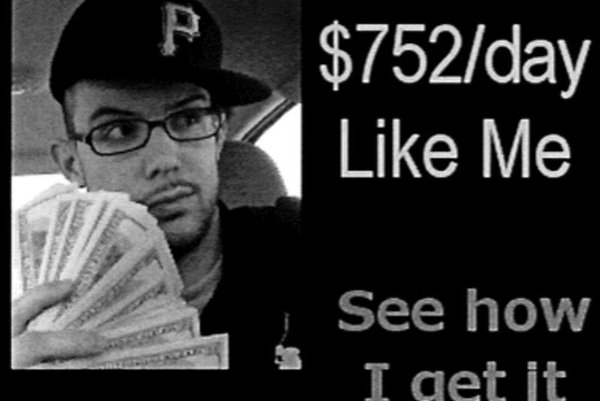 Advertisement displayed on PornHub.com shows Marlton native Edward Kelly, who claims the website used his photo without obtaining his consent.

A South Jersey man is seeking more than $3 million in damages and compensation against the operator of PornHub.com, claiming the adult site used a photo of him flashing hundred-dollar bills in a get-rich-quick advertisement.

A civil lawsuit says Edward Kelly was "dismayed and distraught" when he heard from a friend that his face was on the world's most frequently visited pornography website, according to the Courier-Post.

An attorney for Kelly, who's described as an employee "in the secular computer field," argues that anyone who sees the ad could get the false impression his client intentionally consented to PornHub's use of his image.

The actual context for why Kelly had taken the selfie was not provided in the lawsuit.