Turns out, medical marijuana has no impact on opioid deaths

A new study's findings contradict pro-pot arguments and past research 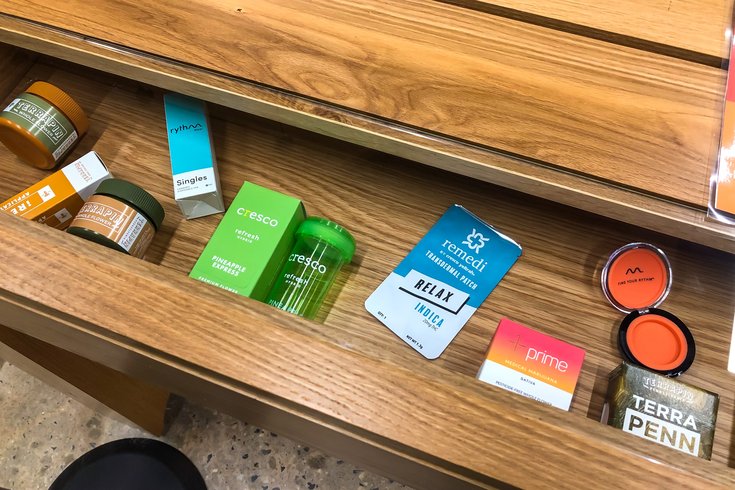 Beyond/Hello, a medical marijuana dispensary in Philadelphia, sells an assortment of products, including dry leaf products like the ones on display.

Contradicting many a marijuana advocate’s argument, as well as previous research, a new study found that legalizing medical marijuana does not actually reduce rates of fatal opioid overdoses.

Published Monday in the journal Proceedings of the National Academy of Sciences, researchers at Stanford University revisited the findings from a 2014 study citing lower rates of fatal overdoses in states where marijuana was legalized for medical purposes.

The new study, however, found no evidence of the connection, the study’s release reports.

"If you think opening a bunch of dispensaries is going to reduce opioid deaths, you'll be disappointed,” said author of the study, Keith Humphreys, PhD, in the release. "We don't think cannabis is killing people, but we don't think it's saving people,” he continued.

The study states that only 2.5 percent of Americans use medical marijuana, making it unlikely to have the ability to affect mortality statistics, according to researchers. Rather the findings of the 2014 study could be due to the states that first legalized medical marijuana were wealthier and more liberal, with better access to opioid treatments and interventions, the researchers add.

Lead author of the study, Chelsea Shover, PhD, adds in the release:

"There are valid reasons to pursue medical cannabis policies, but this doesn't seem to be one of them," Shover said. "I urge researchers and policymakers to focus on other ways to reduce mortality due to opioid overdoses."