Phil Africa, a member of the Philadelphia-based black liberation group MOVE, died in prison on Saturday.

Africa - born William Phillips and taking the surname adopted by MOVE members after group founder John Africa - was memorialized in a post by fellow MOVE member Ramona Africa, who called the death suspicious on the MOVE organization’s website. 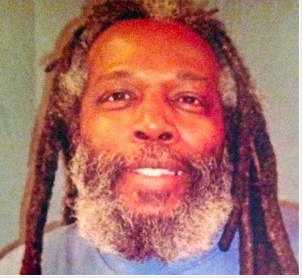 He was one of the MOVE 9 members and was serving a 30- to 100-year prison sentence for the 1978 murder of Philadelphia police officer James Ramp.

After the conviction of the MOVE 9, the remaining MOVE members protested the incarceration of the imprisoned members. In 1985, there was a 24-hour siege between the group and police that culminated in the bombing of the group's barricaded headquarters on Osage Avenue in West Philadelphia.


The decision to drop the bomb ignited the worst fire in the city’s history, killing 11 MOVE members, five of them children, and destroying 61 homes.

Phil Africa was "first minister of defense" for John Africa, who founded MOVE in 1972 and died in the 1985 fire.

Only two people - Ramona Africa, who posted the death announcement on the group’s website, and then-13-year-old Birdie Africa - escaped the inferno. Birdie Africa, who reclaimed his birth name of Michael Moses Ward, died last June in a hot tub on a cruise ship at age 41. A 2013 documentary, “Let the Fire Burn,” on the city’s clash with MOVE includes actual footage and testimony by Birdie Africa.

"Phil will never be forgotten and this is not the end he is dearly missed but his strong example should inspire everyone to fight harder for the freedom of the MOVE 9 and all political prisoners," Ramona Africa wrote in the post. "This latest government treachery will be the fuel needed to motivate people to step up the pace for this revolution."