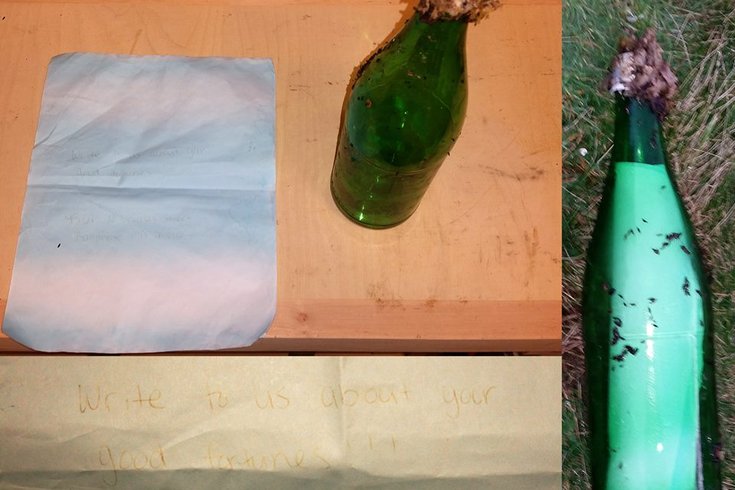 Inside the bottle was a letter that reads, “Write to us about your good fortunes!!!” followed by Loyola’s mailing address and a partial, faded mail stop number.

In the span of two years, one couple's message in a bottle made its way from the Jersey Shore to a beach in France, CBSPhilly reports.

Tommy Zanowic and Bridget Braaten told CBSPhilly they threw the bottle into the ocean two years ago from Island Beach State Park in Toms River. Inside the bottle, they wrote a college dorm address on a note that read, “Write to us about your good fortunes.”

Last week, they received word from someone at Loyola University in Maryland that the bottle was found 3,376 miles across the Atlantic Ocean in Ile Tariec, France.

The couple has since been communicating on social media with the man who discovered the bottle on the beach. They say they hope to meet in person soon.