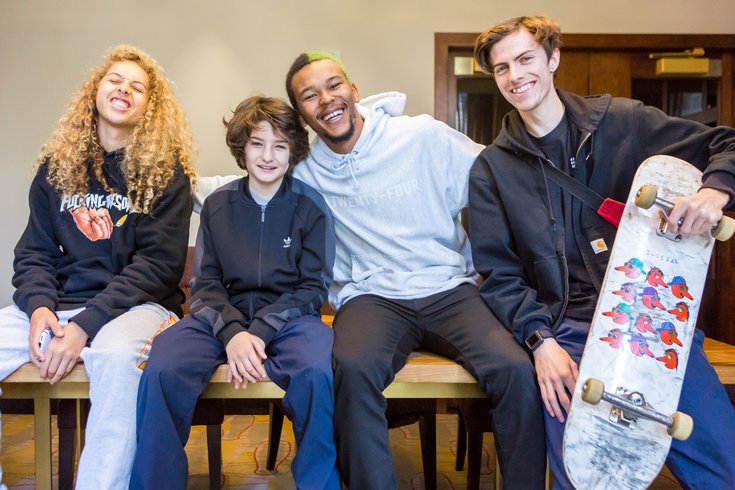 Cast members from the new Jonah Hill movie, 'Mid 90s,' during a recent interview with PhillyVoice.

Jonah Hill's directorial debut, "Mid90s," captures not just the skateboarding culture of the 1990s, but what friendship means to a young and impressionable teenager.

The film follows Stevie (Sunny Suljic), a 13-year-old boy, as he desperately tries to fit in with a group of skateboarders. He is reluctantly welcomed into the group by Ruben (Gio Galicia) and soon rises up in the hierarchy of their group. He becomes close with Ray (Na-kel Smith), an older, talented skater with professional aspirations, and his friends, “F**ks**t,” (Olan Prenatt) and Fourth Grade (Ryder McLaughlin). We watch Stevie form strong bonds with his new friends, as Ray begins to take him under his wing.

Stevie struggles to learn skateboarding in the first half of the film, a difficult task for Suljic, who is a seasoned skateboarder.

“I was never really into any other sports,” Suljic says. “I was three, it sounds crazy, I was barely even walking, but it just looked interesting to me. I had a little scooter. I would try not to use the handlebars and kind of push without it. Then my mom got me a skateboard from Toys ‘R Us, and then I just started skating.”

Smith, Prenatt and McLaughlin are all seasoned professional skateboarders, and have worked together in some capacity within the realm of skateboarding.

“I've known a lot of these guys for a lot longer than like – we didn't just meet through the movie – but our bond as friends outside the movie grew stronger because we'd be on set all day all night," Smith says. 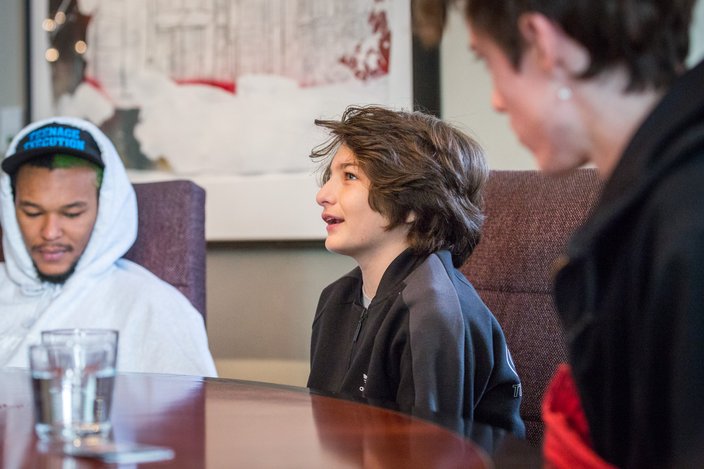 Sunny Suljic, an actor in the movie 'Mid 90s,' during a recent interview in Philadelphia.

For what was, for most of them, their first acting credit, the cast delivered strong and honest performances, thanks to Hill's directing.

“It was very comfortable,” Smith says in regards to his first time acting, “Jonah is such a patient director and a patient teacher as well.”

“Getting on set, Jonah said stuff without me noticing, just choreographing my brain to work a certain way," Prenatt added. "His directing mixed with his, quote unquote, being our acting coach. That really influenced my performance tremendously.”

Hill captures ‘90s skateboarding in its purest form with a well-crafted soundtrack and an original score by Trent Reznor and Atticus Ross. Through it all, the film represents a simpler time when skating subculture was a smaller community of outcasts, something that has certainly changed over the past 20 years.

“Everything in the world right now is pretty much do-it-yourself,” Smith mentions, “All of these other people who back in the day were looking for their approval, you’re [now] just getting the respect, which is based off of you doing you and then you gain the credibility by yourself.”

The film has a similar feel to 1995’s “Kids.” Hill even recommended the film to the cast in preparation for their roles. “Mid90s” manages the feel without the harshness to the '90s classic, as it balances out thanks to Stevie’s fairly innocent viewpoint.

During the film Fourth Grade is always seen with a camera in hand. He films the crew's escapades, somewhat dangerous at times, compiling a video of the group's skating tricks and adventures.

McLaughlin related to his character in a similar way. "With skating I was like, 'I don't want to do this, I'd rather be in front of a camera.'" 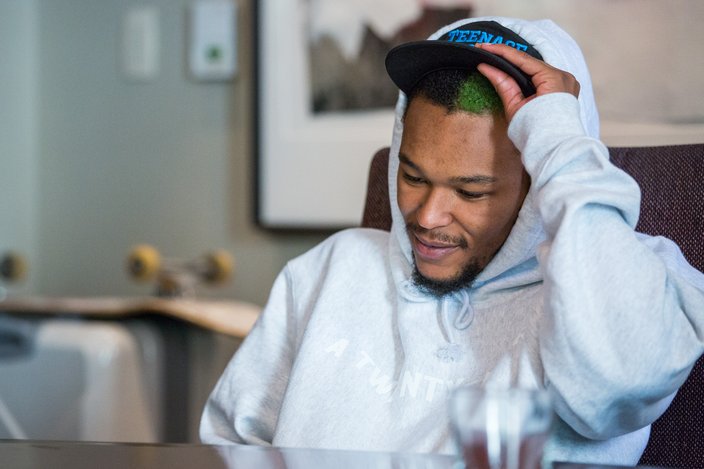 Na-kel Smith, an actor in the movie 'Mid 90s,' during a recent interview in Philadelphia.

The film's strength isn't just its look of the nostalgia, but the way in which the nostalgia is relayed without political correctness. There were words used and ways of acting that people didn't think twice about then that most people would not consider acceptable now. This accuracy is what makes it so relatable to this time period as it doesn't try to hide anything.

Teenagers can likely relate to Stevie's attempts to gain the group's acceptance. Throughout the film, as he awkwardly vies for their attention, it becomes clear a strong friendship has formed between him and these skaters. The way they learn to relate to one another is what makes the story so pure outside of each characters' harsh truths.

“These are universal personalities that every single person on earth relates to," says Prenatt. "I think that's where we connect in a sense. Everybody’s inspirational to somebody and everybody's trying to look for who they are.”

"Mid90s" opened in select cities on Friday and will be released nationwide Oct. 25.