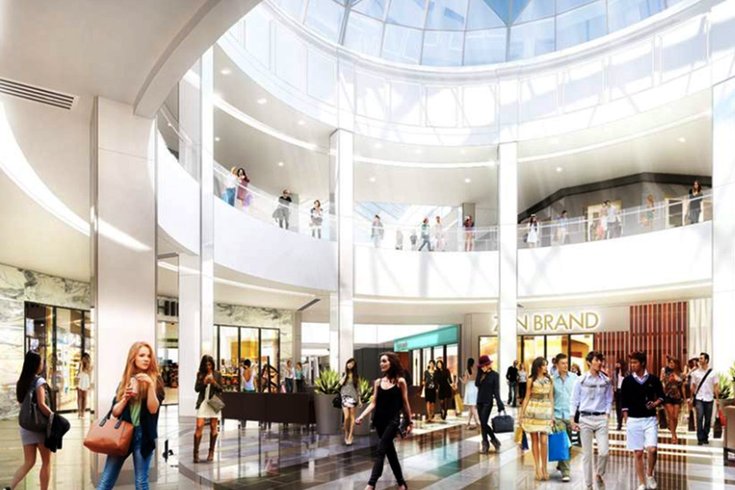 A multi-million-dollar interior makeover, including new lighting, flooring, seating, bathrooms and other finishes, will start soon in the Plaza area of the King of Prussia Mall.

King of Prussia Mall, the largest mall in the United States in terms of leasable space that just so happens to be in Philadelphia’s backyard, will undergo another million-dollar renovation, this one to be completed by summer 2019.

About three years ago, a lofty $150 million project connected the mall’s two separate parts – The Plaza and The Court. The mall now has a total of 2.9 million square feet of leasable space.

Simon Property Group, the mall's majority owner and management company, will soon embark on an interior makeover of the Plaza area – including new lighting, flooring, seating, bathrooms and other finishes, NBC10 reported.

Simon has not announced the official budget for the project, but it’s estimated to cost several million dollars. Work is planned to be done at night, so as not to conflict with retail hours.

This is not the only ongoing development surrounding the retail corridor. After years of back and forth between officials and residents, the proposed SEPTA rail line extending from Philadelphia to King of Prussia Mall is closer to reality after the SEPTA board approved an alternative route that would keep the trail farther away from residential areas.