MLB and Phillies team up with 'Stranger Things' 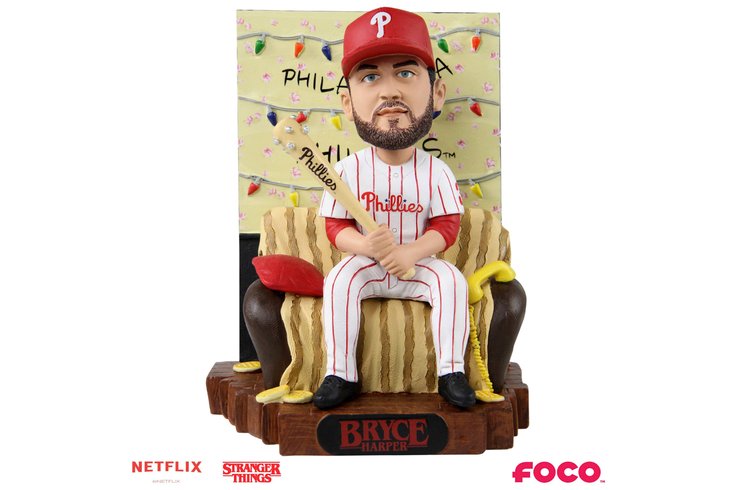 On the heels of its bobblehead collaboration with HBO and its hit show "Game of Thrones," Major League Baseball -- and with it the Phillies -- is teaming up with another hot television show.

New bobbleheads of some of the games most popular players and mascots stuck in the "Stranger Things" terror town of Hawkins, Indiana, have just been released for pre-order from the National Bobblehead Hall of Fame and Museum. According to museum officials, three different bobbleheads are being offered:

Demogorgon – These bobbleheads have a detailed depiction of the monstrous creature holding a ripped jersey for the given team and a baseball. They are standing on a base with a 3D team logo and baseball bat with nails and team logo.

Mascot on Bike – This style features the team’s mascot on a bicycle wearing attire inspired by the Stranger Things. The bobbleheads also include Dart, the precious baby Demogorgon, sitting on the mascot’s shoulder, and a Hawkins, Indiana, street sign. 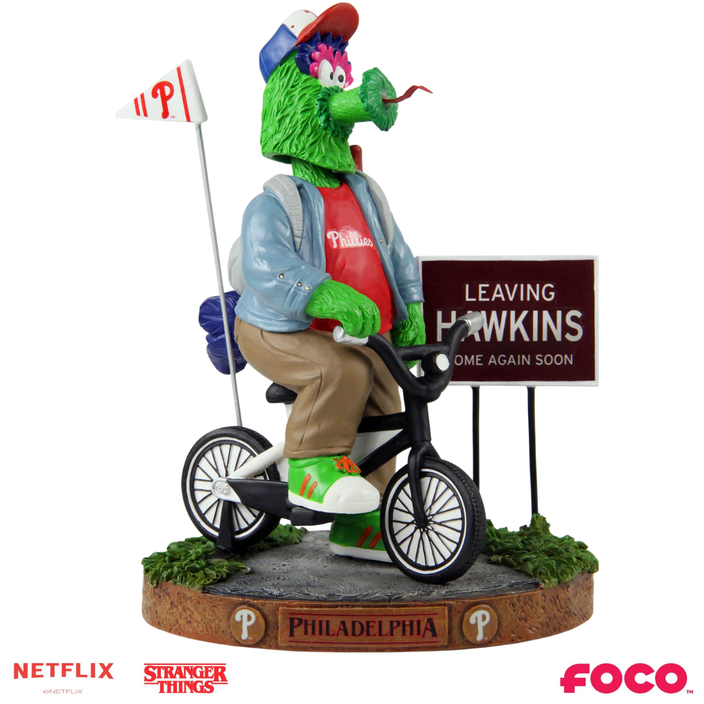 The bobbleheads are officially licensed by MLB and Netflix and are being produced by FOCO.

Representing the Phillies in this endeavor are slugger Bryce Harper, the Phanatic and -- in what can only be described as a fair representation of the hellscape Philly can be -- the Demogorgon looking like it just had Citizen Bank Park for lunch.

Costs for the collectable ranges from $50 to $60 and are expected to ship in September.