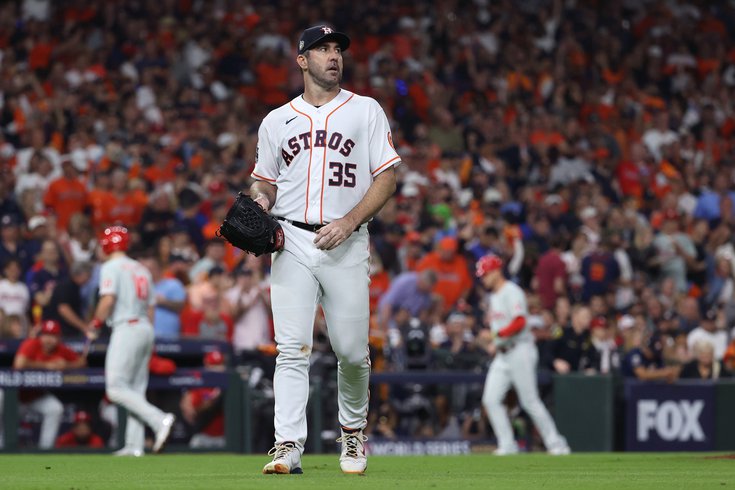 New Mets pitcher Justin Verlander while facing the Phillies during the 2022 World Series.

Justin Verlander, who the Phillies took for five runs in Game 1 of the 2022 World Series, is coming to the National League East. Verlander is signing with the Mets, according to an initial report from SNY's Andy Martino:

The New York Post's Joel Sherman reports that the two-year deal is worth $86 million:

While the Mets lost ace Jason deGrom last week, this is without a doubt a huge boost for New York. Verlander will be 40 at the start of the 2023 season, but turned in perhaps the best year of his career with the 'Stros at 39 in 2022. His 1.75 ERA led the majors and was his best mark ever, picking up his third Cy Young Award along the way. The Phillies need to bolster their rotation, but options are beginning to thin out on the free agent market in the aftermath of deGrom heading to Texas and now the Mets' Verlander move.

In the World Series overall this year, Verlander had an ERA of 5.40 in 10 innings of work across two games for Houston against the Fightins. Phillies fans are hoping that becomes a recurring theme with Verlander in the division going forward.

The Phillies' first series against the Mets in 2023 will begin on May 30 in Queens.