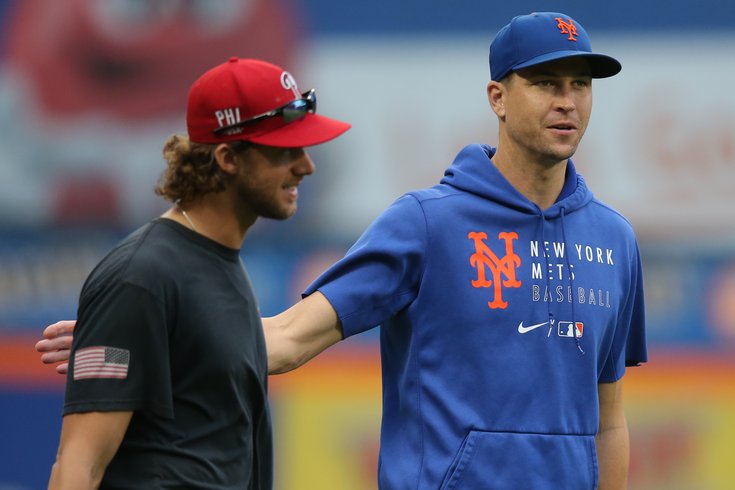 The MLB hot stove is starting to sizzle! The biggest domino yet fell on Friday night, as ESPN's Jeff Passan reported that former Mets pitcher Jacob deGrom, a two-time Cy Young Award winner, will be signing a big ol' contract with the Texans Rangers:

This gets deGrom out of the National League East. In 20 career starts against the Phillies, deGrom was 9-1 with an ERA of 2.18 and 136 strikeouts in 120 innings pitched. Nice going, Stevey Cohen!

I have to say... we can do nothing but conclude that deGrom ran from the grind after seeing what the Phillies did to the National League in the 2022 postseason.

The Fightins, however, aren't completely rid of deGrom. The Phillies will open the 2023 season on March 30 against the Rangers on the road with deGrom presumably on the mound. Not that I'm going out on a limb here, but I'd say it's much better to face him in March than September.