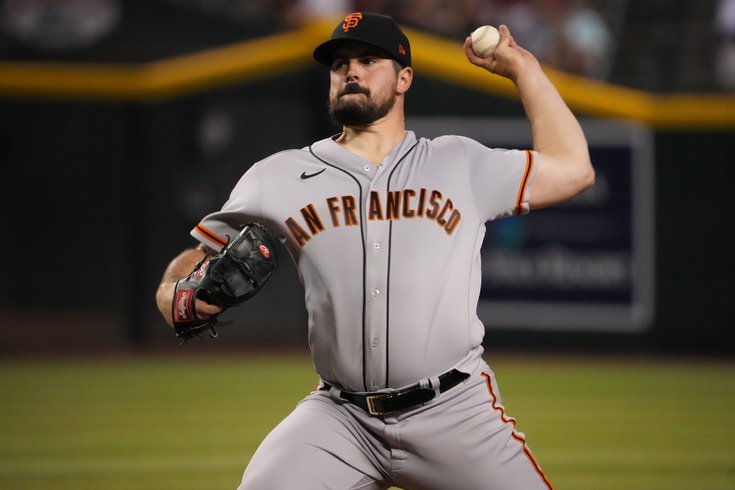 The Phillies seem likely to spend on at least one free-agent starting pitcher this offseason. Maybe lefthander Carlos Rodón.

The reigning National League champion Phillies need an infielder and a starting pitcher. It seems pretty clear they've got more interest in the top-four stud shortstops than the hurlers at the top of the starting pitching market.

Jacob deGrom was never really a target for the Phillies, but the 35-year-old inked a five-year, $185 million deal in Texas last week to get things moving at the MLB Winter Meetings.

The second best starter on the market, Justin Verlander, is signing with the Mets:

And reports suggest the third-best starter Carlos Rodon is also in talks to ink elsewhere. Here's some starting pitching analysis from Jon Heyman:

Rodon remains in play for the Mets and Dodgers, though at least at the moment, the Yankees are the big-market team most focused on the 30-year-old who is expected to command a longer deal but at somewhat lower dollars. Word is he was seeking six years at more than $30 million following his big season in San Francisco. The Rangers are still lurking for Rodon, and the Orioles are among others interested. [NY Post]

This comes as a bit of a buzzkill for fans desperately hoping the flame-throwing 30-year-old Rodon would be a Phillie next season.

Moving to the second tier, Jameson Taillon is in negotiations with the Mets as well, who hope they can keep their star-studded rotation stacked for 2023. Chris Bassitt, another potential Phillies target, is reportedly seeking a fourth year. At 34, that might be a deal-breaker for the Phillies, who have young pitching prospects waiting in the wings.

A surprising Rays signing of former Phillies starter Zach Eflin, for three years and $40 million, took a reunion off the board there as well. The options could be limited for the staff to get better via free agency — though the trade route always remains an option and could start to emerge as a rumored possibility as the Winter Meetings and offseason continues.

The Phillies may wind up improving marginally in the rotation on paper, hoping Andrew Painter, Mick Abel or Griff McGarry emerge as a true top of the rotation arm.

Other veteran options currently not being linked to any ongoing negations include Nathan Eovaldi, Sean Manaea and Andrew Heaney.