The Phillies continue to build their team ahead of another potential postseason run. 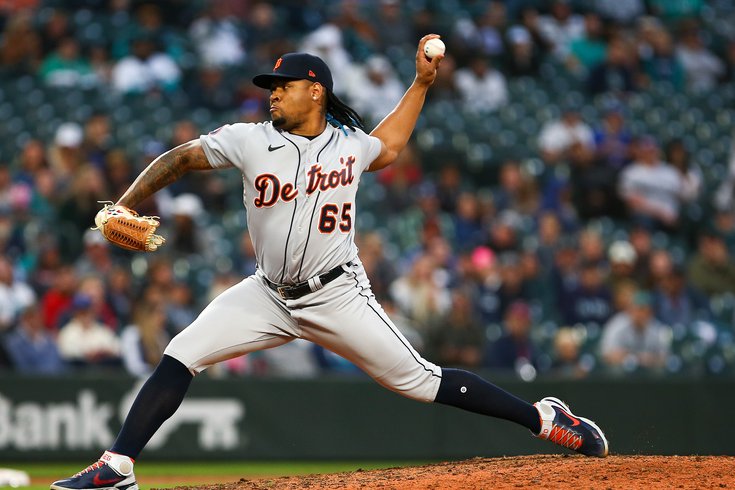 The Phillies have been spending stupid money this offseason, bolstering their middle infield, rotation and bullpen. They are not done. Veteran Phils scribe Jim Salisbury first reported that the team was "working on a trade" for Tigers lefty reliever Gregory Soto:

Hearing Phillies are working on a trade for reliever Gregory Soto. Would be nice addition to bullpen if completed.

Soto, who turns 28 next month, has made the All-Star team each of the last two seasons for Detroit, posting a 3.34 ERA over that span in 124 innings of work.

MLB Network's Jon Morosi went on to indicate the parameters of such a trade, one that would send Matt Vierling, Nick Maton and Donny Sands to the Tigers with Soto and Kody Clemens to Philly:

Source: #Tigers are close to acquiring Nick Maton, Matt Vierling, and Donny Sands from the #Phillies.

Gregory Soto and Kody Clemens would go to Philadelphia if finalized.

Credit to @JSalisburyNBCS for being first to report the trade discussions today.@MLBNetwork @MLB

The New York Post's Jon Heyman went on to confirm the deal: