'We understand that our actions have hurt you and we are truly sorry,' Eat Up The Borders said in a statement Wednesday 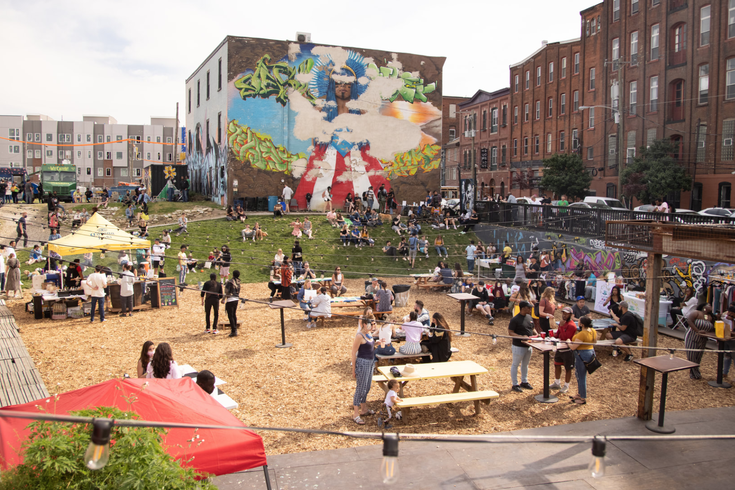 'A Taste of Home' festival was scheduled to take place Father's Day at Sunflower Philly's Kensington location before it was called off 'to prevent any kind of discriminatory activity in our space,' organizers said.

Eat Up The Borders and Sunflower Philly, the organizers of a monthly festival called "A Taste of Home," have apologized to Moshava and the local community after the Israeli food truck was uninvited from last Sunday's scheduled event in Kensington.

Amid concerns over anti-Israeli protests and boycotting, Sunflower Philly eventually canceled the event "to prevent any kind of discriminatory activity in our space."

"We understand that our actions have hurt you and we are truly sorry," Eat Up The Borders said in a statement Wednesday. "We want to be very clear that we do not support antisemitism or allow antisemitism in our spaces. Our actions were ignorant and inexcusable."

A post shared by Eat Up The Borders (@eatuptheborders)

Sunflower Philly released a separate statement on social media Wednesday, saying that it "categorically denounces all forms of hatred, discrimination and injustice."

"Sunflower Philly deeply regrets and apologizes to Moshava, our neighbors, vendors and the Jewish community for our part in a very unfortunate turn of events," the organization said.

At least 255 people were killed, the vast majority being Palestinians in Gaza, before a ceasefire was agreed upon in late May.

Pro-Palestinian demonstrators took to Rittenhouse Square last month to call for an end to Israeli bombings in Gaza and protest U.S. support for Israel.

The "A Taste of Home" festival series began this April as an event to celebrate diversity through food, art, entertainment and community. The April and May festivals were put together by Eat Up The Borders and Sunflower Philly at the latter's community center space along North 5th Street in Kensington.

Eat Up The Borders is an organization that describes itself as "amplifying the voices of immigrant, small & family-owned restaurants through media & cooking classes." Sunflower Philly is a nonprofit organization that seeks to build community "through art, music and sustainability" by way of events and programs.

Moshava, which was started last year by three culinary school classmates during the COVID-19 pandemic, and a Palestinian food truck had been scheduled to come to this month's festival on Father's Day. But the Palestinian food vendor told organizers they could no longer attend due to time constraints.

Event organizers decided to move forward with the festival despite the possibility of boycotts and protests after people saw that a Palestinian food vendor was no longer scheduled.

Eat Up The Borders put out an initial statement on Instagram late last week defending itself, saying that "our concern is not where they immigrated from but giving a platform to small business here in Philadelphia."

Event organizers issued a follow-up statement on Friday, saying that they uninvited Moshava "in order to provide the best experience to all" at the festival. Moshava's next appearance would be postponed until a future date in an effort "to prioritize the safety of all," Eat Up The Borders said.

Moshava said on social media that it was "deeply saddened" to be uninvited from the event.

"We really do hope that in the future you don't succumb to such antisemitic and dividing rhetoric and keep true to your words of a safe environment for all religions and nationalities — not just all of them except Israeli and Jewish ones," the food vendor said.

The decision to revoke Moshava's invitation from the festival led to backlash from a number of local Jewish-American organizations and politicians like U.S. Rep. Brendan Boyle.

Moshava said that it was meeting with event organizers "to try and educate and grow together in a safe space for everyone."

"Although we were disappointed with how the situation was greatly mishandled we do not believe the organizers intention came from an antisemitic place but the threats they were receiving to their event were," the vendor said. "Our shared goal for the future is to steer away from violence and hatred and be able to share a platform with all members of our community and collectively share our cultures."

"We now see that excluding any particular vendor in the name of trying to protect them was the wrong decision," Eat Up The Borders said. "We did what we thought was best in the moment, but we failed."

"We were ignorant in our actions because we did not take the time to educate ourselves about both sides before taking action, which clearly caused harm to the Jewish community," the organization continued. "We do not wish for this to be swept under the rug or forgotten, but rather we wish to learn from our actions and make up for our mistakes with help from our community as we continue to educate ourselves."

Eat Up The Borders also apologized to the other vendors and performers impacted by the event's cancellation.

"They were in no way connected to our decisions and, unfortunately, have received pushback for their scheduled appearance at our event," the organization said. "They are small businesses run by passionate people, and do not deserve to have their reputations tarnished. We are asking the community to continue to support them."

Sunflower Philly pledged to take "a hands-on approach with our productions to ensure this doesn't happen again."

"Our daily intention is to be a space of inclusion, diversity, understanding and space," the organization said. "With our community's support, we will proudly carry on our mission."