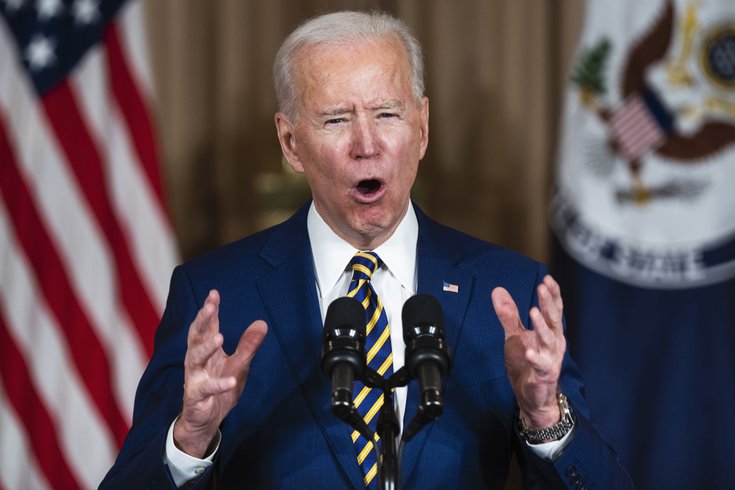 The White House announced a collaborative among 15 cities to address gun violence on Wednesday that aims to share best practices and anti-violence programming across the country.

Philadelphia is one of 15 metropolitan areas selected by the White House to join a targeted collaborative effort to better coordinate violence prevention tactics.

The Biden administration announced the initiative Wednesday to address rising crime and homicide rates across the country.

"Crime historically rises during the summer. As we emerge from this pandemic, with the country opening back up again, the traditional summer spike may be more pronounced than it usually would be," President Joe Biden said.

The cities will work together with federal officials to share best practices and evidence-based solutions for violence prevention, the White House said in a fact sheet. Local, community-based organizations will be trained and offered technical assistance from community violence intervention experts and major philanthropies.

This announcement comes as Philadelphia experiences one of the worst years for homicides and shootings to date. Homicides in the city are up 38% from last year, and there was a 27% increase in shooting victims, officials said during the bi-weekly anti-violence briefing.

"Certainly our police can handle on the street the day-to-day stuff that needs to be handled," Mayor Jim Kenney said. "But when guns are flowing into cities across the country, there’s got to be something the federal government can do and I’m hoping that they’ll do that."

Young men of color are most impacted by the city's gun violence, and it was the leading cause of death for Black and Latino men in Philadelphia last year, officials said.

The Biden administration selected the 15 cities because they committed funding from the American Rescue Plan toward violence prevention and intervention.

City Council and the mayor finalized the 2022 fiscal year budget last week, which included a $155 million allotment for violence intervention. This accounts for for 3% of the city's $5.25 billion budget, which is up for official approval Thursday, BillyPenn reported.

If the budget is approved, the $155 million set aside for violence intervention will be divided among grassroots efforts and more.

"They both address the immediate crisis as well as tackle the systemic root causes of violence," Kenney said. "There is no greater priority for us than reducing violence, saving lives and creating a safer city for us all."

Here's how it breaks down:

• $28 million for out-of-school and after-school programs

• $10 million in restored funding to Parks and Rec and libraries

• $1.5 million for two brand new "curfew centers," where kids can wait for their parent or guardian