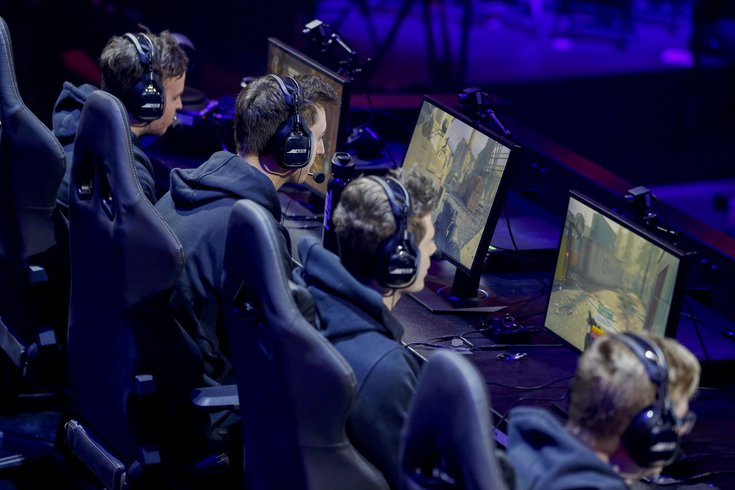 The state of New Jersey partnered with Stockton University to invest in an esports center at the university's Atlantic City campus to pave the way for innovative industry technology and development.

New Jersey has invested $200,000 into building an esports center in Atlantic City — a move that it hopes will establish the city as the next national hub for the billion-dollar competitive video game industry.

The state's Economic Development Authority signed an agreement with Stockton University on Tuesday to create an esports Innovation Center at the university's Atlantic City campus, the Associated Press reported.

The esports industry is more than just young people playing video games against each other. There is a significant need for software development, video streaming technology, data analysis and technical work.

Newzoo, a research firm that tracks the industry, estimated the esports world will increase its global revenue by 14.5% this year, generating $1.08 billion.

"I was shocked when I saw the numbers," said Brian Sabina, the authority’s chief economic growth officer. "It’s the fastest-growing college sport in America. Nearly 500 million people tune in to watch esports events."

The industry wasn't dramatically impacted by the COVID-19 pandemic like physical sports were.

The idea is for the center to identify industry-wide technology development opportunities and host coding challenges like hack-a-thons.

The EDA says it will provide staff support for the center, which will include leaders in the esports industry.

The center itself will work with private sector companies and other colleges and universities to keep its programs up to date with the most in-demand skills.

The authority said companies like G3 sports, Amazon's twitch streaming service, Esports Entertainment Group and Harris Blitzer Sports and Entertainment have made or will make an investment in the state.

Esports could also be added to Atlantic City's gambling industry. Competitive gaming is already approved for wagering New Jersey, although the state Division of Gaming Enforcement has to examine and approve individual events.

Philadelphia is set to get its own $50 million esports arena in South Philadelphia. The project was originally expected to open in 2021, but construction was halted last fall due to the pandemic.

The Philadelphia Fusion, the city's esports team, relocated to South Korea for its 2021 competitive season, according to the Esports Observer.

Philly will also be home to "The Block," a first-of-its-kind hub for esports, serving as the company's new global headquarters and include broadcast and content creation studios

Nerd Street Gamers broke ground on its 40,000-square-foot national esports infrastructure company, "The Block," in April 2021. Located at 401 Broad St., the center will have a free hour of gaming for students every day after school as well.