Homeowners have reported being harassed by followers of the HBO murder-mystery series 'at all hours of the day and night,' according to police 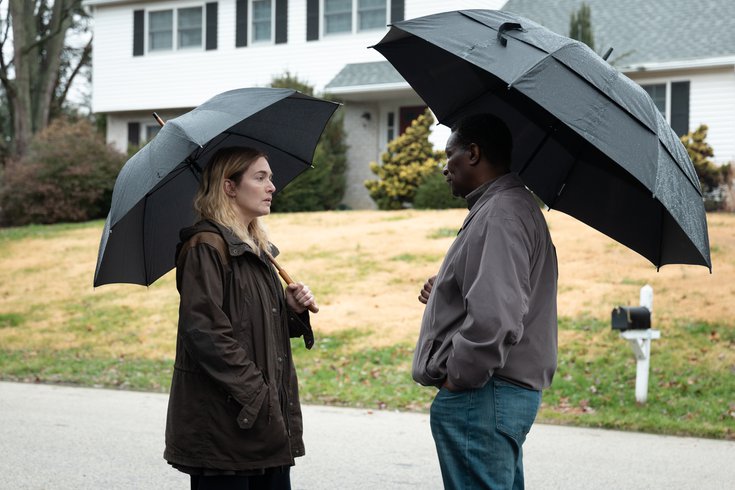 'Mare of Easttown' filming took place in Philly-area locations such as Wallingford, where the home of Kate Winslet's character in the show can be found.

Fandom for "Mare of Easttown" appears to have reached new heights in the Philly region, but it could put some followers of HBO's murder-mystery series on the wrong side of the law.

Nether Providence Township police have warned fans of the show to stop trespassing at the private homes in Wallingford, Delaware County where detective Mare Sheehan — played by Kate Winslet — and other characters lived during the seven-episode limited series.

"Yes! It’s neat they filmed a lot of it in our town," the police said in a statement posted to social media. "Yes!! It’s really cool Kate was 'living in Wallingford.'"

"No!!!!! It’s NOT cool to go to the homes they filmed at, trespass on the property and harass the owners and their kids all hours of the day and night…..REALLY!," police continued. "It’s a house. Get over it."

POLICE INFORMATION 📢 : Yes! It’s neat they filmed a lot of it in our town. Yes!! It’s really cool Kate was “living...

The homeowner of the Wallingford house where Winslet's character lived told 6ABC that fans won't stop walking onto her property. One instance occurred late at night when a fan came to the residence to look through the house's front window.

Another fan cursed out the homeowner after they were asked to stop taking pictures of the house while the family was playing on the front lawn. The homeowner said that the increased attention and traffic around their home has now made her daughter afraid to go outside.

Police are now telling fans to stop and think before making the trip to the fictional world of Easttown, stating that warnings will not be issued. Officers are set up in and around the area in preparation to take necessary action.

"No trespassing" and "private property" signs have been posted. Trespassing, blocking traffic and disturbing the peace will not be tolerated, police said.

Set in Philly's western suburbs, "Mare of Easttown" followed Winslet's character as she sought to solve a murder investigation and two missing persons cases while navigating through struggles in her personal life.

Parts of the series were filmed in 2019 before the COVID-19 pandemic. Once it was deemed safe to resume filming, the cast and crew reconvened in 2020 and completed production. Filming took place at Philly-area locations such as Wallingford, Coatesville, Chadds Ford, Phoenixville and Springfield, as well as several Philadelphia neighborhoods.