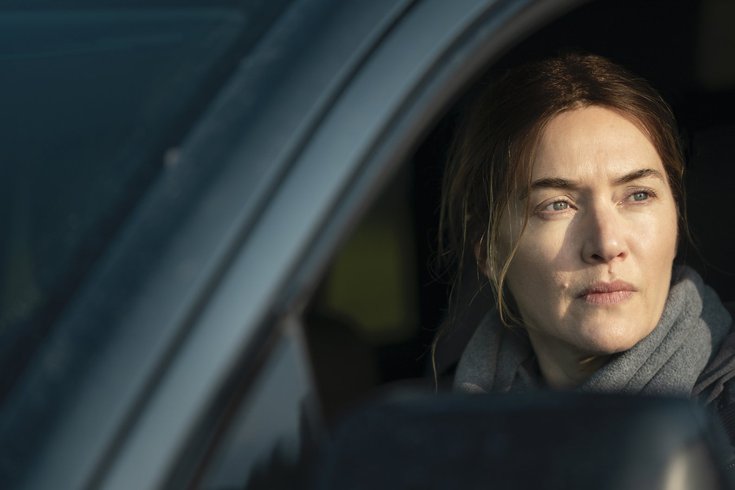 During both the filming of the hit HBO series "Mare of Easttown" and post-production, Kate Winslet advocated for an authentic, flawed portrayal of her character Mare Sheehan.

In shooting the hit HBO series "Mare of Easttown," Kate Winslet said she made it a priority to keep Mare's character authentic and unfiltered.

So when Craig Zobel, director of the series, said they were going to edit out "a bulgy bit of belly" in her sex scene with Guy Pearce, the actress said, "Don't you dare!"

Winslet even sent the promotional posters for the show back twice because they were retouched, she told The New York Times.

"I’m like 'Guys, I know how many lines I have by the side of my eye, please put them all back,'" she said.

The actress portrayed Mare Sheehan in the series, a small town Pennsylvania detective who's trying to solve a local murder case while balancing a turbulent personal life.

The series has received praise for its true depiction of the Philadelphia suburbs and attention to detail – from Wawa coffee to a spot-on Delco accent that took Winslet lots of practice to perfect.

Producers and costume designers drew inspiration for the wardrobe on set from people standing in line at Wawa, which influenced Mare's flannel, Ocean City sweatshirt and inexpensive T-shirts.

Winslet said that at the end of a day of filming, she'd leave her clothes in a crumpled pile on the floor of her trailer.

She said she wanted Mare to appear flawed and physically show the emotional burdens she was carrying.

Makeup artists intentionally left sunspots and imperfections on Winslet's face, features that would usually be buffed out, and filled in her eyebrows to make her face appear heavier.

Winslet has been a longtime advocate for realistic representation of bodies in the media. In 2003, she called out the magazine GQ for heavily editing out "about a third" of her legs in their magazine, according to BBC.

In 2015, when she was signing a contract with L'Oréal she famously made sure that her photos would not be retouched, BuzzFeed reported.

The character of Mare was no exception, though Winslet said she was surprised with how audiences have fallen "in love with this wildly flawed, messy, broken, fragmented, difficult woman. I loved her marks and her scars and her faults and her flaws and the fact that she has no off switch, no stop button. She just knows 'Go.'"