'Mare of Easttown' wardrobe was based on people in Wawa checkout lines, director says 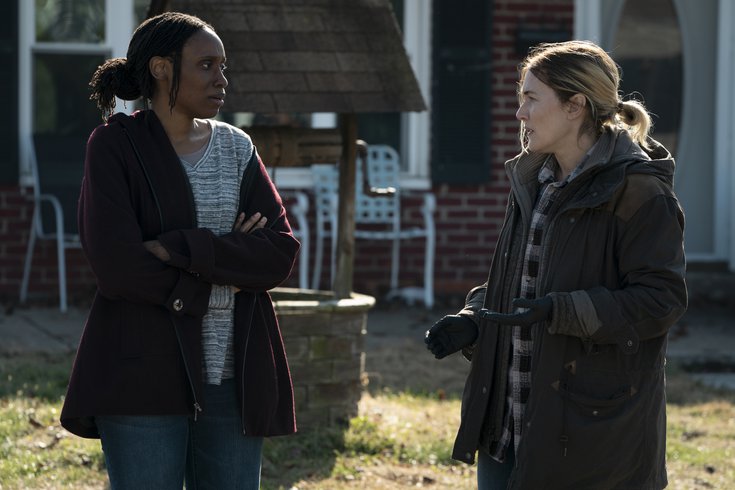 Actresses Kate Winslet and Chinasa Ogbuagu appear in the first episode of HBO's 'Mare of Easttown,' set in a fictional community based on the western suburbs of Philadelphia.

Series writer Brad Ingelsby and director Craig Zobel have stressed the importance of place in creating the mood of the detective drama, including the much-discussed Delco accent that the cast committed to mastering.

There were several Philly-area easter eggs for viewers to catch in the first episode, including Nick Foles and Brian Westbrook Eagles jerseys worn by kids tossing a football in the street. Others are wondering why Kate Winslet's Mare Sheehan was seen drinking Rolling Rock instead of Yuengling.

In a featurette released by HBO on Wednesday, Zobel said the attention to local detail was so strong that his team would scout Wawa to get a sense of what people in the area typically wear.

"Our costume designer (Meghan Kasperlik) would constantly be texting me pictures from the Wawa convenience store, just of people in the line," Zobel said.

Actress Julianne Nicholson, who plays Lori Ross on the show, expanded on the importance of the wardrobe in "Mare of Easttown."

"The clothes really all felt lived in, to me, and of that place," Nicholson said. "For instance, I think I had a Dave Matthews concert T-shirt and certain things that maybe you won't see on camera, but those little details for her and for the actors are important."

Ingelsby, a Villanova University grad and Berwyn native, explained that part of his goal was to display the dignity of the communities that the fictional Easttown represents, despite the troubled appearance of things.

"I wanted the show to have a grittiness to it, to have an honesty to it, to have a realness to it," Ingelsby said. "These are people that get up every morning and go to jobs they don't necessarily love, but they do it out of a sense of duty. So I wanted to portray these communities that exist and don't often get any time on the screen in a way that was heroic and noble, and also really sympathetic."

The second episode of the seven-part series will air Sunday at 10 p.m.