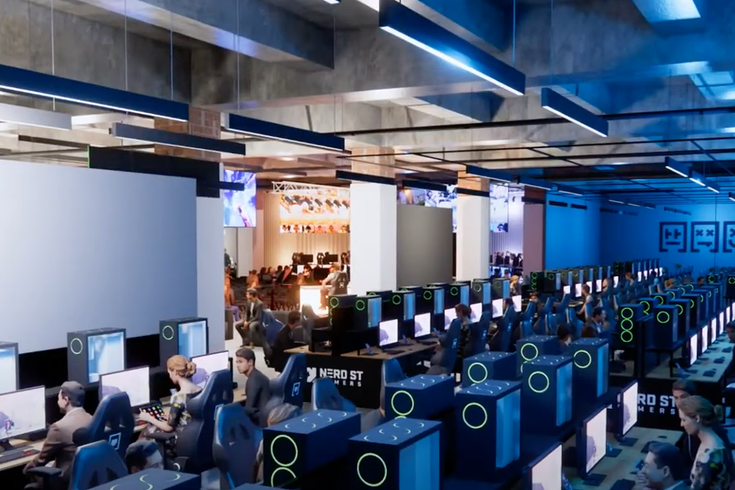 The Block, a new esports campus being opened by Nerd Street Gamers, will include Localhost Philadelphia, a facility dedicated to hosting community, scholastic, amateur and professional gaming events.

A 40,000 square-foot esports campus featuring a public training facility and practice centers for professional teams and schools is coming to Philadelphia.

The venue, called The Block, will be the first-of-its-kind in the gaming industry, according to Nerd Street Gamers, the national esports infrastructure company behind the project. The campus will be located in the Terminal Commerce Building at 401 North Broad Street.

The Block will serve as the company's new global headquarters and include broadcast and content creation studios. It also is expected to house Localhost Philadelphia, a 20,000 square-foot facility capable of hosting community, scholastic, amateur and professional events and programming.

The Block aims to solidify Philadelphia’s role as a destination for gaming professionals and fans, the company said.

"Not only are we creating one of the industry’s largest gaming landmarks with The Block, but we're also building a home for every member of Philadelphia's gaming community and contributing a vital element to the redevelopment of North Broad Street," CEO John Fazio said.

"With this esports campus, we’re supporting the growth of the industry as a whole by increasing access to opportunities for gamers, public organizations, educational institutions and the community at large."

The Terminal Commerce Building, constructed between 1929 and 1931, is listed on the National Register of Historic Places. The 12-story, Art Deco building consumes an entire block in Callowhill.

Nerd Street Gamers' announcement comes as a $50 million esports arena is being constructed at the South Philly sports complex. Fusion Arena, which will seat 3,500 spectators, is expected to be ready in 2021.

The arena will have a 10,000-square-foot training facility, two balcony bars, a broadcast studio and premium seating for concerts and corporate events. It's owned and operated by Comcast Spectacor.

Nerd Street Gamers intends to provide low-cost access to high-quality equipment and education to the Philly community as part of The Block.

The company is partnering with a number of local organizations and educational institutions for their esports programs, including Temple University’s School of Sport, Tourism and Hospitality Management. Other partners expected to use the facility include Comcast NBCUniversal LIFT Labs, Team Altemus, Aim Lab, and Tech Girlz.

Nerd Street Gamers also is rolling out an initiative with the Center for Autism and Neurodiversity at Jefferson Health to promote programs that leverage the talents of the autism community.

"By collaborating with Nerd Street Gamers, we can expand the innovation they bring to the city as a whole and empower and showcase the strengths of individuals with autism," said Wendy Ross, director of Jefferson's Center for Autism and Neurodiversity.

"Esports is in a unique position to provide new social and job opportunities for people with autism, and this esports campus in Philadelphia is an incredible launching point for the entire industry."

Preview the esports campus in the video below.