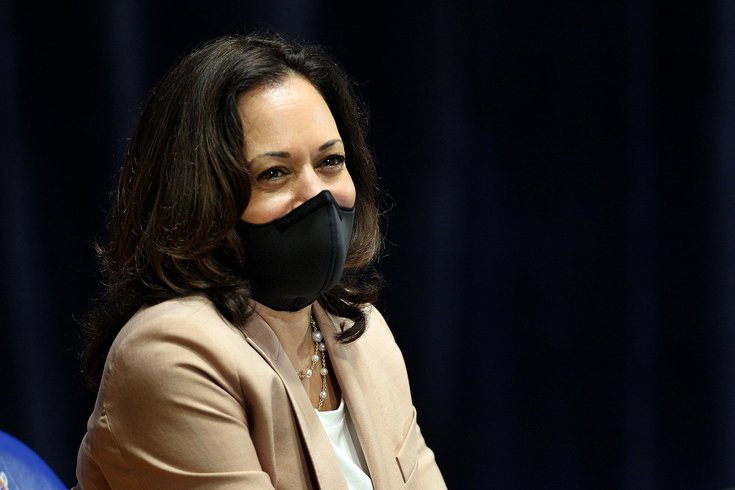 With the 2020 presidential election just seven weeks away, Sen. Kamala Harris will be campaigning in Philadelphia on Thursday.

Harris will be making her first trip to the city since being selected as Democratic vice presidential nominee and Joe Biden’s running mate, according to Jonathan Tamari of the Inquirer. The specific details of her trip, including where and when she will appear, have not been announced.

Harris’ appearance in Philly will come as Biden visits Scranton for a CNN town hall. Moderated by Anderson Cooper, the town hall is slated to begin at 8 p.m. Thursday and will have a socially-distanced audience.

Biden has spent a significant amount of his presidential campaign in Pennsylvania. He most recently visited the Flight 93 memorial in Shanksville to mark 9/11. President Donald Trump also visited the memorial to participate in a remembrance ceremony.

Harris’ visit will come on the heels of Trump’s trip to the city Tuesday for an ABC News town hall. Hosted by George Stephanopoulos at the National Constitution Center, the event will feature both in-person and virtual undecided voters. It will air at 9 p.m.

Vice President Mike Pence also has made a number of visits to Pennsylvania during the campaign, including a trip to Philly and Chester County back in July.

Given Pennsylvania's status as a swing state, it's likely the candidates will campaign here again before the Nov. 3 election.

Polling indicates that the race for Pennsylvania’s 20 electoral votes will be close. Biden currently leads Trump by an average of over 4 points, according to Real Clear Politics.

In a recent NBC News/Marist College poll of likely voters, Biden leads Trump by 28 points in the Philly suburbs. Biden’s advantage there is a significant jump from four years ago when Hillary Clinton won Philly’s suburban counties by 13 points, according to the New York Times.