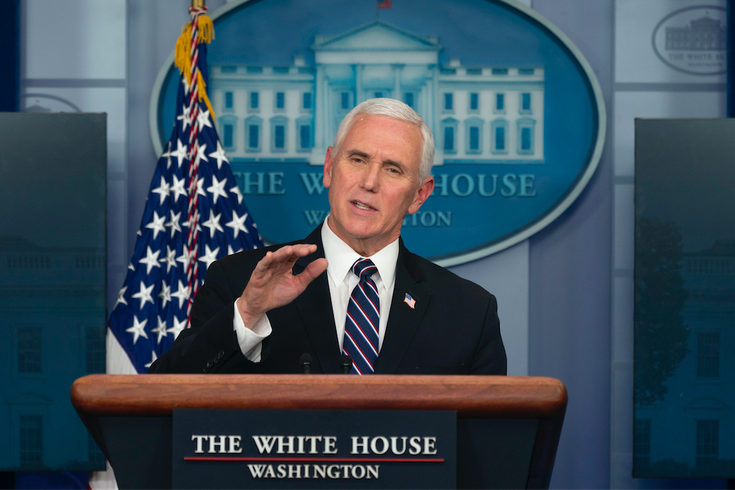 Vice President Mike Pence will visit Chester County and Philadelphia as part of a bus trip to Pennsylvania on Thursday.

Vice President Mike Pence will end a three-stop bus trip to Pennsylvania on Thursday by addressing Philadelphia police officers prior to their "Back the Blue" rally.

Pence is expected to speak to the officers and their families at the Fraternal Order of Police Lodge No. 5. The union represents more than 14,000 active and retired officers.

Pence will start his trip in Manheim, Lancaster County at a fundraiser for President Donald Trump's re-election campaign. The event is expected to raise $1 million, a Republican campaign leader told the Associated Press. Pence also will participate in a roundtable discussion at Rajant, Corporation, a Malvern, Chester County-based company specializing in private wireless networks.

Pence has made repeated trips to Pennsylvania this year. He headed to Pittsburgh last month to discuss the economy with factory workers and racial inequality with church leaders. In February, he spoke about school choice at a West Philly Catholic school and attended a Women for Trump event in Camp Hill, Cumberland County.

Pennsylvania is considered a key state in November's presidential election. President Trump won Pennsylvania in 2016, becoming the first Republican to do so since George H. W. Bush in 1988. But former Vice President Joe Biden leads Trump by 5 points in Pennsylvania, according to a poll released Monday. National polls also indicate Trump is trailing Biden.