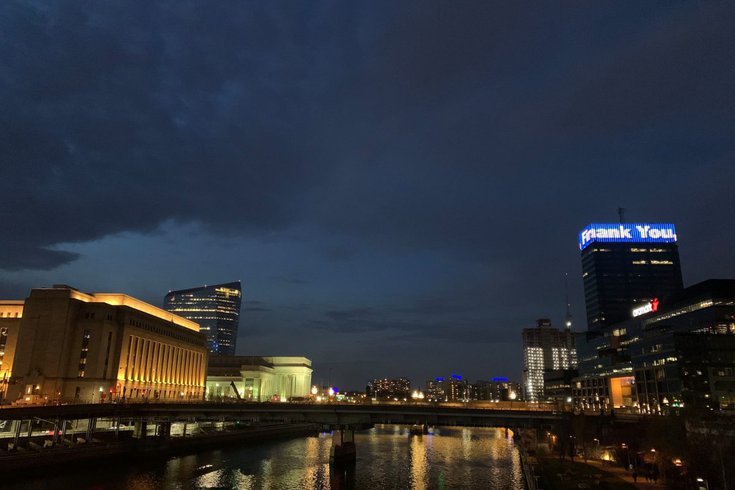 PECO will shut off the crown lights of its Center City Philadelphia building on July 7, 2020, as the platform undergoes system upgrades. The lights — and the familiar messages they share — will remain out until the fall, officials said.

A fixture of the panoramic view of the Philadelphia skyline will go dark for a few months starting Monday night as PECO begins a system upgrade of the crown light display on its headquarters building, the utility company announced.

The 25-story building at 23rd and Market streets has displayed scrolling messages, often promoting Philadelphia community and nonprofit organizations, since 1976. The crown lights haven't been shut down since 2009.

Beginning at 5 p.m. on Monday afternoon, PECO's crown lights will display a countdown until they officially go dark at 8 p.m. (It may or may not be the end of the world is upon us, generally speaking, but this countdown does not signify that, don't worry).

In the past, PECO's crown lights have helped Philadelphia celebrate the Eagles Super Bowl LII victory in 2018, the Democratic National Convention in 2016, and the World Meeting of Families Conference and the Papal Visit in 2015.

The double-doink in bright lights high above the city of Philadelphia.

That's right, the PECO Building is showing an animation of the famous blocked kick. pic.twitter.com/UiicTFvhYA

Over the years, more than 17,500 messages have been displayed atop the PECO building.

A date for the return of the crown lights has not been provided, but PECO will continue to share virtual messages on social media during the interim.