Plans call for upgrades to retail, improvements to outdoor spaces 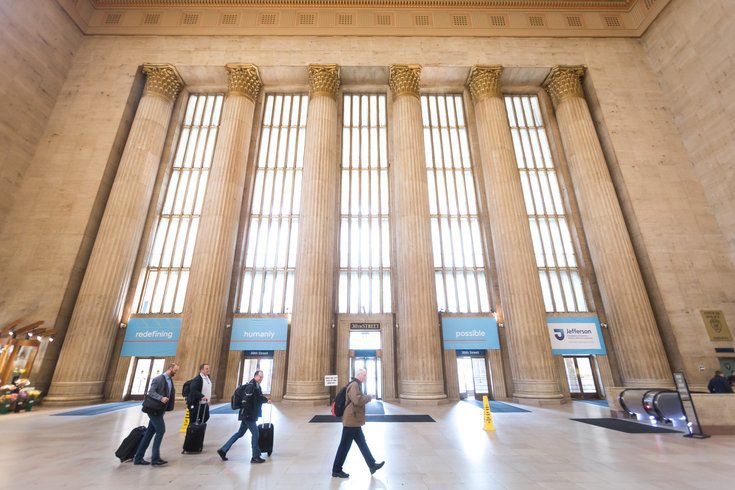 "Gray 30th Street Station is the third busiest station in our national network and this partnership underscores Amtrak's commitment to deliver on its vision of a world-class station experience for all travelers, the station as a grand gateway to Philadelphia and a tribute to honor the lifetime of service Congressman Gray provided to Philadelphia and Pennsylvania as a tireless advocate for disadvantaged communities," Amtrak senior executive vice president Stephen Gardner said.

On the interior, the first phase of the project calls for improved amenities, revamped retail offerings and expansion of the station's commercial potential. Customer area renovations will include upgrades to the restrooms, ticketing and baggage, the north side waiting room and the metropolitan lounge. Amtrak's two office towers also will be renovated.

Previously released designs for the outdoor components of the project include separate pickup and drop-off areas at opposite sides of the station for taxis or ride-sharing companies, as well as enhancements to pedestrian and transit flows around the nearly 100-year-old building. A public plaza is planned for the Market Street side of the station.

A rendering of the redesigned interior of 30th Street Station.

The cost of the project is estimated to be between $300 million and $400 million, part of a broader transformation outlined the the $10 billion 30th Street Station District Plan. Work on the first phase is expected to begin in 2021 and be completed in 2025. Projects will be completed on schedules that don't interfere with passenger service.

"While this is certainly a challenging time, the redevelopment of Gray 30th Street Station is part of a core set of essential projects and strategic objectives across all the different dimensions of the company that are critical to our long-term strategy and success, and we are continuing to advance those projects."

Plenary Infrastructure has experience working on complex mixed-use properties and the adaptive reuse of historic buildings around the world, officials said. The company's proposal also detailed plans to hire from the community and implement workforce development strategies during all phases of the project.

Amtrak previously released a video going behind the scenes of renovations that already have been completed at 30th Street Station.

The full 30th Street Station District Plan is laid out over a 35-year timeline and covers some 88 acres of land. Officials plan to add 18 million square feet of new development space and 40 acres of open space.