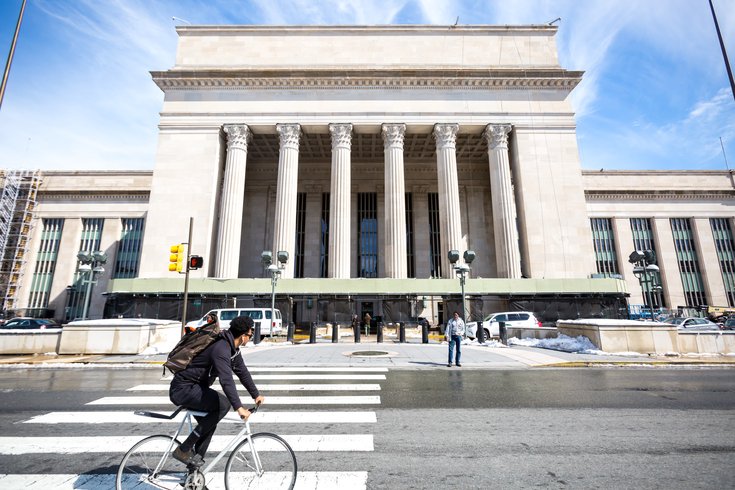 The exterior of 30th Street Station in Philadelphia.

Anyone who's spent much time in or around 30th Street Station over the past few years would describe the building's impressive exterior as a construction zone.

While it may be an inconvenience or an eyesore for the time being, the restoration of Philadelphia's transportation hub serves a much larger purpose.

Beginning with plans to beautify the area surrounding it with inviting public spaces, 30th Street Station will ultimately serve as the centerpiece of a massive revitalization west of the Schuylkill River. The new plaza will redirect concourse traffic for pedestrians and drivers while creating a stronger connection with the surrounding neighborhood in University City.

In the longer term, the 30th Street Station District Plan will inject $10 billion into the vicinity, bringing to life projects like Schuylkill Yards, the expansion of Drexel Park and new river crossing bridges that better connect the area to Center City.

Amtrak, among the biggest stakeholders in that long-term plan, has helped oversee the restoration of the historic building to the shine it had when it first opened in 1933. The video below offers a behind-the-scenes look at the team that's led the first part of a transformative project in West Philadelphia.