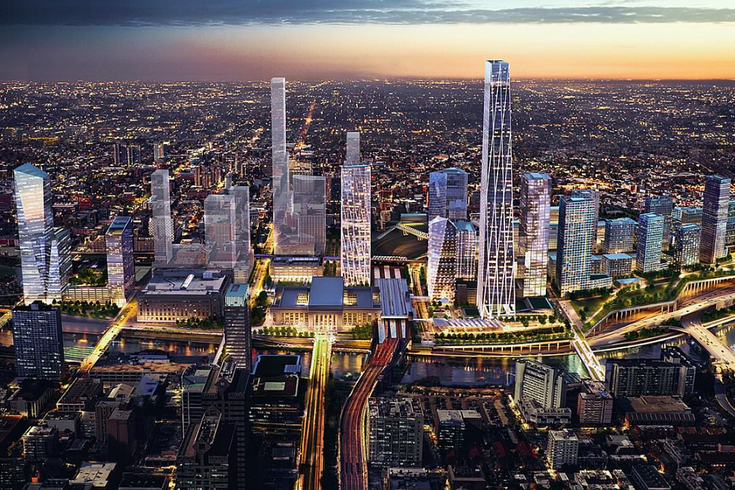 University City is on the cusp of a long-term, $10 billion transformation that will see the vicinity of 30th Street Station undergo major renovations, neighborhood improvement projects and high-rise construction.

MORE: Travel 100 years into history and back with these then-and-now Philly photos

By mid-century, the area will look and feel like a brand-new city in its own right, as described in a video put together last year by stakeholders.

"[D]aring in its scope but achievable in its details, [the final plan] will create a new city fabric through a tapestry of streets, open space, and infrastructure while sparking renewed excitement about the future of Philadelphia," the AIA wrote in its description of the project.

Established over a two-year period of discovery and consultation, including five open houses, the plan covers a site with 88 acres of rail yard projected to cycle 20 to 25 million annual passenger rides through 30th Street Station. It also includes 18 million square feet of new development, 40 acres of new open space and a new civic plaza outside the station's front entrance.

"The plan creates new city fabric over the rail yards, both elegantly — by weaving streets, open space, and building infrastructure throughout the site for maximum connectivity, amenity, and safety — and strategically, by preserving robust railroad operability while enabling incremental development of individual platform areas over time," Skidmore, Owings & Merrill LLP said in a statement on the award, which is regarded as the profession's highest recognition for design and urban planning.