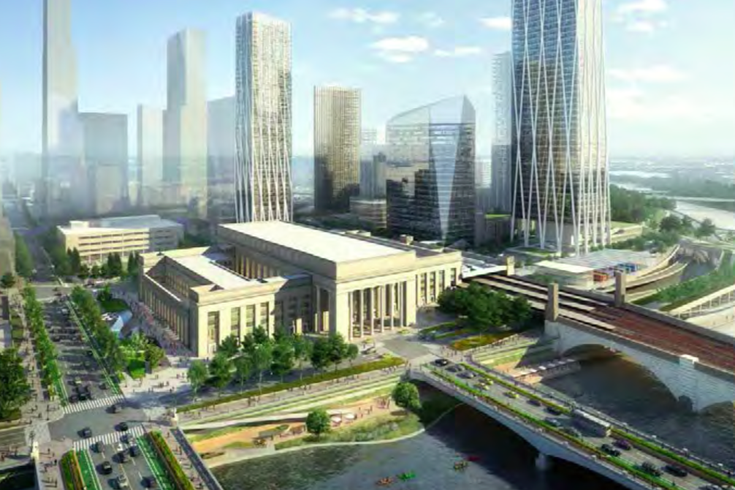 30th Street Station as envisioned by the final district plan.

Thirtieth Street Station as we know it will undergo a transformational renovation in the coming decades, bringing a raft of new amenities and neighborhood improvements outlined Thursday in a final plan presented by SEPTA, Amtrak, PennDOT, Drexel University, and Brandywine Realty Trust.

First introduced in March, the Philadelphia 30th Street District Plan encompasses an ambitious development framework that will leverage the station's vital role in regional transportation and augment the surrounding area's status as a connected destination in west Center City.

After a series of five open houses, partners in the initiative together released a report with a multi-decade timeline of projects amounting to $2 billion in public investment and $8 billion in private investment. That includes the $3.5 billion Schuylkill Yards partnership between Drexel University and Brandywine Realty Trust announced earlier this year. 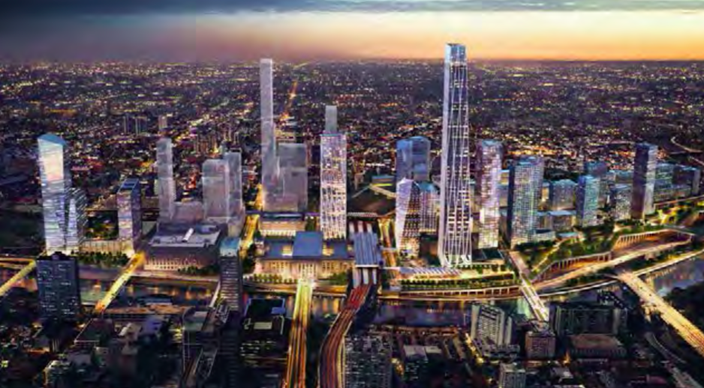 This is a comprehensive, ambitious set of objectives that will go a long way toward defining Philadelphia's cityscape for the balance of the 21st century. Highlights of the plan include an urban neighborhood built over the rail yards, a pedestrian bridge with promenades over the Schuylkill River into Fairmount park, a sky-lit concourse connecting the station to the Market-Frankford Line and trolleys, and the expansion and improvement of surrounding parks and neighborhoods.


Here's a quick rundown of what's in store over seven phases of the plan's projected timeline:

Detailed explanations and visual renderings of each project can be found in the final report, which also outlines the overall goals of livability and sustainability embraced by the plan's various stakeholders 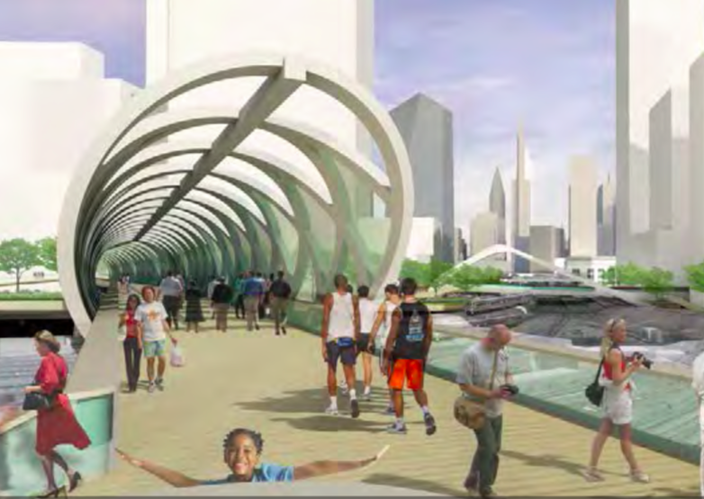 "Outside of early wins at and around the station," the report's authors write, "this Plan will require patient, multi-generational commitment to a new future, one built around a shared vision and updated periodically as circumstances change.".

For a general overview and reaction to the plan from city leaders, you can check out the video below.