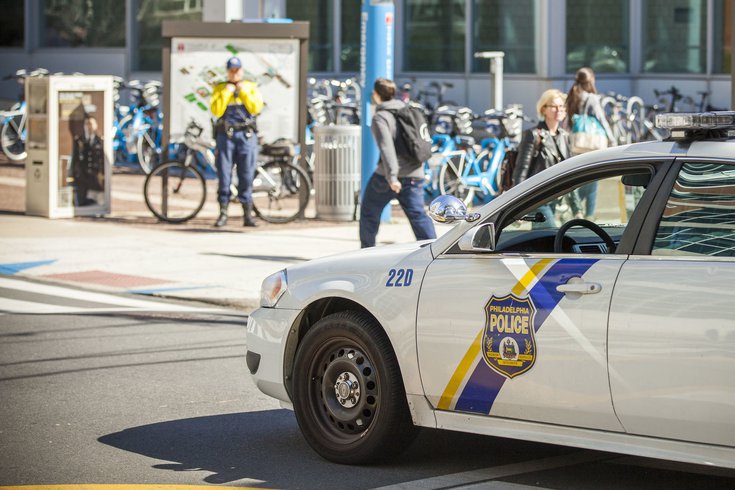 Philadelphia District Attorney Larry Krasner recently announced a Gun Crimes Strategies and Prevention Collaborative to address a surge in violence in the city. Seven people were killed in shootings over the weekend of the Fourth of July.

A violent holiday weekend in Philadelphia prompted a somber message from Mayor Jim Kenney on Sunday night as the city confronts a soaring homicide rate in 2020.

At least seven people were killed, including a 6-year-old boy and a 15-year-old boy, and more than 20 people were injured in shootings that occurred across the city, according to police.

Late Sunday night, the mayor tweeted a statement reminding residents that the coronavirus pandemic, an economic crisis and civil unrest cannot obscure the toll violence has taken on Philadelphia's neighborhoods.

This weekend is a stark reminder that COVID-19 isn’t our only crisis. Gun violence continues to traumatize our communities and cut lives short. Today we lost an innocent 6-year-old child, a woman in Kensington, and a man in South Philadelphia, and others were critically wounded.

My heart breaks for their loved ones. I extend my deepest sympathies as they process this unimaginable loss. The @PhillyPolice Department is conducting thorough investigations; I urge the public to report anything that can help. The anonymous tip line is 215-686-TIPS.

Seventeen separate shootings were reported by Philadelphia police on Saturday and Sunday, several of them wounding children and teenagers.

At about 4:45 p.m.  Saturday in North Philadelphia, Abdul Lamar Davis, 43 was fatally shot while on the 2300 block of North Croskey Street.

At about the same time, on the 2500 block of South 67th Street in Southwest Philadelphia, an 11-year-old girl suffered a graze wound to her hip. She was treated at the scene by medics and listed in stable condition.

Around 1 p.m. on Sunday, at a home on the 4600 block of Kendrick Street in Holmesburg, a 6-year-old boy was shot in the chest. A family member took the boy to the hospital, but he later died of his injuries. The circumstances of the shooting remain under investigation.

In Kensington, around 2:30 p.m. on Sunday, 37-year-old Desiree Shaffer-Perez was fatally shot 12 times on the 1900 block of East Clarence Street.

A double-shooting around 3:15 p.m Sunday on the 1300 block of South 17th Street in Point Breeze left a 27-year-old man dead. A 30-year-old man also was shot in the back and currently is in stable condition.

At around 6:30 p.m. in Kensington, a 22-year-old man, later identified as Kevin Selby, was shot multiple times and later died at Temple University Hospital. A 29-year-old man, who was shot in the leg, was in stable condition.

On the 6100 block of Oxford Street in Overbrook,  at around 8:15 p.m., 15-year-old Angelo Walker was one of three people shot. Walker was killed by a gunshot wound to the head, while two other people, a 36-year-old man and a 35-year-old man, were hospitalized with gunshot wounds.

In West Philadelphia on the 1400 block of  North 61st Street, a 19-year-old man was shot multiple times around 11 p.m., and he later died of his injuries.

Finally, shortly before midnight, a triple shooting on the 700 block of West Russell Street in North Philadelphia injured a 29-year-old woman, a 52-year-old man and a 20-year-old woman.

No arrests have been made in any of these shootings or several others that occurred during the weekend.

Through July 5, Philadelphia has recorded 210 homicides in 2020, a 27% increase compared to that date last year and higher, by this time, than every previous year stretching back as far as 2007.

Krasner was critical of policing methods that have placed emphasis on other categories of crime over homicides.

"They have diluted enforcement against serious crimes — murders, shootings, illegal possession of weapons — (these have) been diluted by spending time on much less serious offenses," Krasner said. "If you're going to spend all of your time on turnstile jumping and possession of marijuana, then you don't have the resources and the focus to deal with serious crimes."

The district attorney added that tactics, such as illegal stop-and-frisk and targeting those "driving while black," have "driven a wedge" between community and law enforcement. Along with gun violence, Krasner said these policies have contributed to the traumatization of neighborhoods.

Krasner advocates imposing higher bail for violent offenders, noting a correlation between those involved in these crimes and lucrative drug activity that enables them to get out of jail. He also pushed for stronger victim services and wider availability of employment services in neighborhoods afflicted with crime.

Philadelphia Police Commissioner Danielle Outlaw noted last month that the department has been struggling with low morale amid the coronavirus pandemic, surging violence and negative public sentiment toward law enforcement over concerns of systemic racism.

Reacting to the general climate in the city and her department, Outlaw insisted that she remains the right person for the job.

"There's nowhere else to go but up from here, so absolutely, I have the confidence that I am the one to get us through this," Outlaw said.

Anyone with information about the crimes noted above is urged to contact Philadelphia police at (215) 686-TIPS.