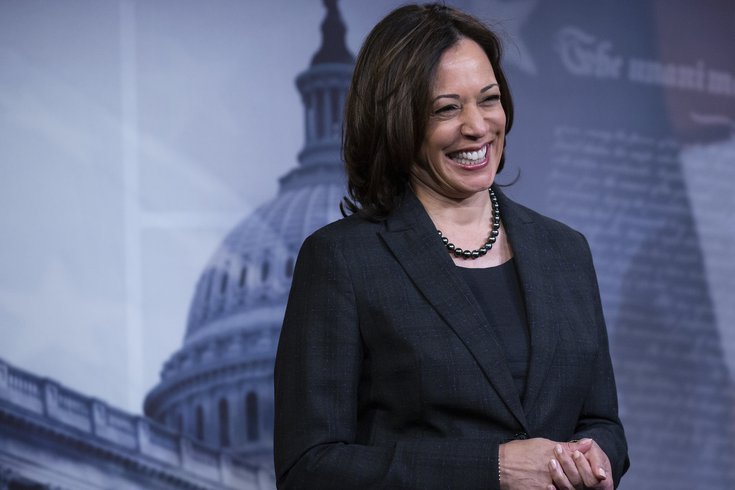 Joe Biden, the presumptive Democratic nominee for president, has selected U.S. Sen. Kamala Harris as his vice presidential running mate. Harris had run for the Democratic presidential nomination against Biden. She is represents California in the Senate. She is pictured above at a news conference in Washington, D.C., on March 12, 2020

I have the great honor to announce that I’ve picked @KamalaHarris — a fearless fighter for the little guy, and one of the country’s finest public servants — as my running mate.

Harris, 55, was among a large group of Democratic candidates who flashed potential during debates over the past year. She said she was "honored" to be Biden's pick in a statement Tuesday afternoon.

.@JoeBiden can unify the American people because he's spent his life fighting for us. And as president, he'll build an America that lives up to our ideals.

I'm honored to join him as our party's nominee for Vice President, and do what it takes to make him our Commander-in-Chief.

"You make a lot of important decisions as president," Biden, the presumptive Democratic nominee, said in an email to supporters on Tuesday. "But the first one is who you select to be your Vice President. I’ve decided that Kamala Harris is the best person to help me take this fight to Donald Trump and Mike Pence and then to lead this nation starting in January 2021."

A former prosecutor, Harris currently is the only Black woman in the U.S. Senate and would be the first female, first Black and first Asian American vice president in the United States.

During her time as attorney general in California, Harris worked closely with the late Beau Biden, then Delaware's Attorney General, on a range of initiatives that helped forge a relationship with the family.

At a debate last year, Harris notably sparred with Biden over his record on racial issues in the United States. Since dropping out of the race in December, Harris has been vocal in her support of Biden, participating in virtual fundraisers and campaigning to preserve the Affordable Care Act.

Harris has faced criticism from the more progressive wing of the Democratic party, which has challenged her record as a prosecutor on issues such as marijuana convictions and truancy. This year, amid a national push for police and criminal justice reform, Harris increasingly has positioned herself as a progressive who will take on the questions of racial equity posed by the COVID-19 crisis and the death of George Floyd.

Former Democratic presidential candidate Hillary Clinton, who lost to Donald Trump in 2016, congratulated Harris and said she would be a "strong partner" to Biden.

I'm thrilled to welcome @KamalaHarris to a historic Democratic ticket. She's already proven herself to be an incredible public servant and leader. And I know she’ll be a strong partner to @JoeBiden. Please join me in having her back and getting her elected. pic.twitter.com/cmtOO8Gqqv

A national poll conducted by Monmouth University in August currently gives Biden a 10-point lead over Trump, whose campaign has intensified around battleground states including Wisconsin, Pennsylvania, North Carolina and Georgia.