Gov. Murphy insists he will not accept position in potential Biden administration

The New Jersey governor is up for re-election in 2021 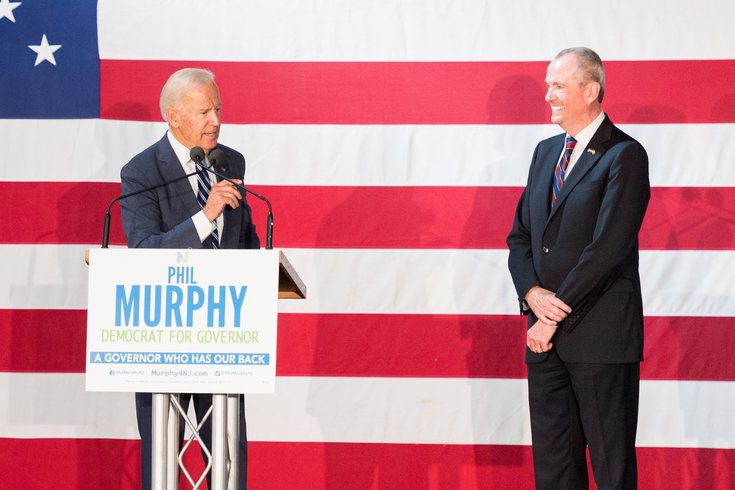 If Joe Biden defeats Donald Trump in the presidential election this November, New Jersey Gov. Phil Murphy said that he will not be joining the Democratic nominee's new administration.

Murphy, who was elected in 2017, described his intent to stay in the Garden State and potentially run for re-election next years as "unequivocal."

"My job is New Jersey and I can’t imagine, even in peacetime, I can't imagine another job," Murphy said in an interview with Politico. "But certainly not under the circumstances in which we find ourselves.

"I’m staying right here and we’re going to stay together and try to get this awful crisis behind us as fast as we can."

Speculation over whether Murphy would join a potential Biden administration is not unwarranted. The 63-year-old has played an active role in the Democratic Party for several years.

Since late last year, Murphy has served as the chair of the Democratic Governors Association, a position that requires him to help campaign and raise money for Democratic gubernatorial candidates across the country.

During the Obama administration, Murphy served as the U.S. Ambassador to Germany from September 2009 through August 2013. The former Goldman Sachs executive served as the finance chair of the Democratic National Committee from 2006-2009.

Murphy and Biden also have a close relationship. The former vice president campaigned for Murphy during the 2017 gubernatorial election, according to NJ Advance Media.

But at the start of the Democratic presidential primary campaign, Murphy endorsed U.S. Sen. Cory Booker alongside the entire New Jersey Congressional delegation.

Once Biden became the presumptive nominee, Murphy threw his support behind the party’s presidential candidate. During the formal nominating process of the Democratic National Convention on Tuesday night, Murphy pledged New Jersey’s delegates to Biden outside of Convention Hall in Asbury Park.

The 77-year-old Biden will formally accept the Democratic nomination Thursday during the fourth and final night of the convention.

Murphy has garnered widespread support from New Jersey residents during the COVID-19 pandemic. More than 70% of residents approved of his job performance during the public health crisis, according to a poll released by Monmouth University in April.