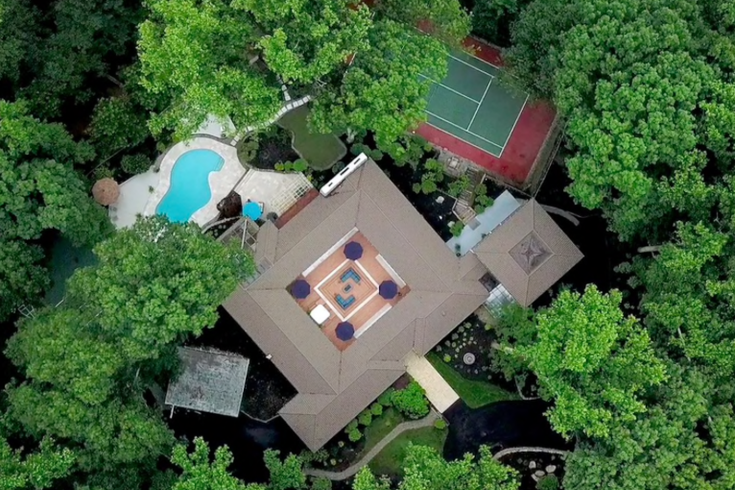 Boxing legend Muhammad Ali owned this property in Cherry Hill, New Jersey from 1971-74. The home, now listed for sale, is available for rental on Airbnb.

The late great Muhammad Ali is often remembered as an international force, someone whose influence as a fighter and social figure kept him constantly on the move.

What's less often considered is that during a high-point in Ali's career, he purchased a Tuscan-style villa in Cherry Hill.

You can now stay at that property through Airbnb, although it'll cost you a pretty penny — $1,250 per night, to be exact.

The mansion at 1121 Winding Drive was originally built in 1965 on a 1.5-acre wooded lot. Ali lived there from 1971-74, a period that included the legendary Rumble in The Jungle in Zaire, when Ali recaptured the World Heavyweight Championship with a knockout of George Foreman.

At more than 6,600 square feet, the property contains five bedrooms, four-and-a-half bathrooms, a tennis court, a pool, heated marble floors, a mirrored fireplace and a large glass atrium. Other features include Jacuzzis, double sinks in the bathrooms and a courtyard at the center of the estate.

Ali had purchased the home for $108,000 and spent more than $200,000 fixing it up before he sold it to McDonald's franchisee Tony Micale, who made most of the renovations seen today. 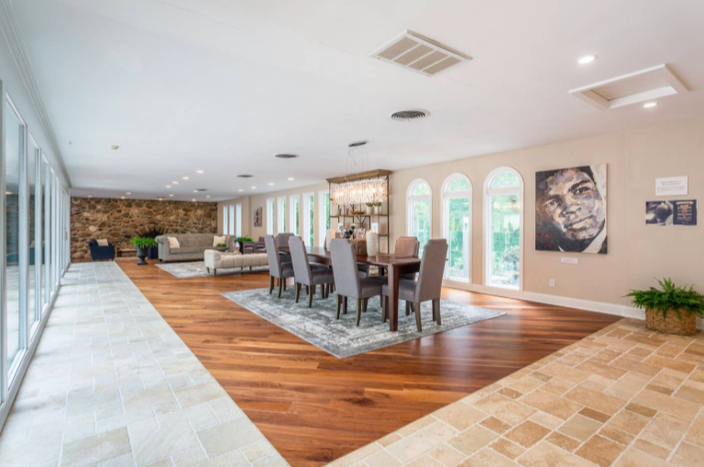 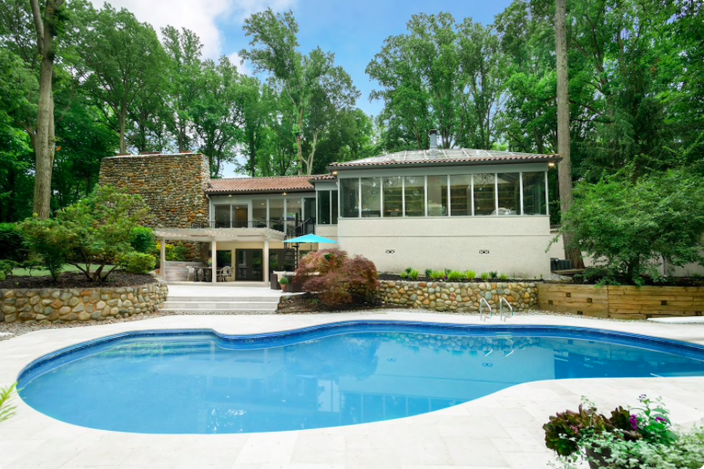 Source/Airbnb
Since the owners put the property on Airbnb last summer, reviewers have described it in glowing terms for the events, birthdays and vacations they spent there.


Decades have passed since Muhammad Ali lived in Cherry Hill, but for those special occasions that require top-notch accommodations, the history and mystique here are hard to ignore.