Sorry, folks, the '50 Shades of Maple Glen' home is no longer up for sale 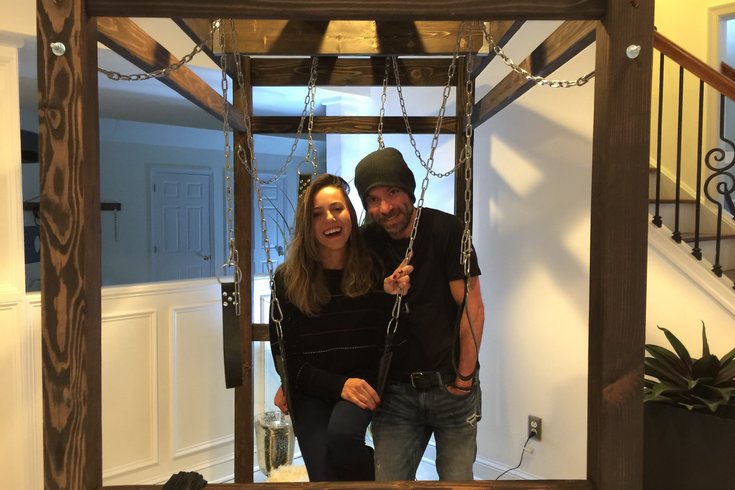 After their Montgomery County real estate listing went viral, Vince Marie and Priscilla Costa posed at the sex swing in the basement that doubles as a naughty Airbnb draw.

The “50 Shades of Maple Glen” home, and the “sexual oasis” set up in its basement for real estate ads, is no longer on the market.

Six months and a few days ago, the Montgomery County residence drew the eyes of people across the globe courtesy of a racy sales marketing plan.

Nope, people just couldn't get enough of the ad with the "sex dungeon" in the suburbs of Philadelphia. But that interest did not prompt a sale, or even an offer that the owners were willing to accept.

The couple looking to sell the five-bedroom, two-and-a-half-bathroom home in a secluded nook in the highly-regarded Upper Dublin School District never planned to budge off their inflated $750,000 asking price. So, not too long ago, they decided to keep it all to themselves.

As many suspected, the sexualized ad was a play to drum up attention for both the home (in case someone met their asking price) and the AirBNB listing that offered the “sexual oasis” in the basement on a nightly basis for whatever renters saw fit to do down there in a "judgment-free zone."

To that end, homeowner Vince Marie told PhillyVoice this week that the couple is crunching numbers and finalizing a business plan before purchasing another property – one of the potential locations is about 20 miles away along the Bucks County waterfront – to relocate the MaisonXS (or “sexy house”) business.

He wasn't upset at all that the house didn't sell.

"It was a proof of concept to see if there was a market (for the MaisonXS business), and f*** yeah, there's a market for it," Marie said on Tuesday. "This is our house, so we were never planning on this being a permanent thing.

"I was in no rush to sell. If there was nobody interested, a business was always coming out of this, and we always planned to move operations somewhere else," he added. "Now we’re doing our thing to turn it into what it was intended to do all along."

While many people toured the property, no formal offers were made. Many of those coming through were interested in the AirBNB aspect, but Marie had no desire to sell that off.

"Our Realtor recommended we move the price down to be more competitive in the market, but I knew what I wanted," he said, noting the sex-themed equipment in the basement will not be moved out of the Norristown Road property once a new location is finalized. 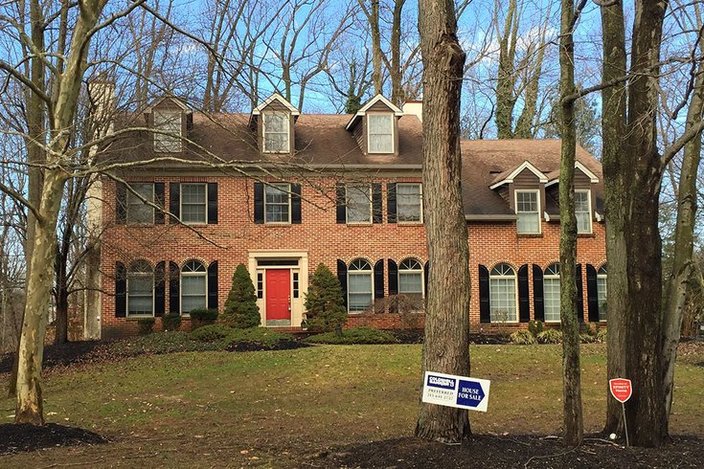 Oh yeah, even though the house isn't on the market anymore, Marie and Priscilla Costa haven't shuttered the basement to outsiders beyond those who rent it out via AirBNB.

In fact, they're hosting a private party there on August 24 (a racy video about it is available via this link). It's something they've done before.

"Just be human. Just be civil. That's all we ask of people. It's just a fun party to expose people to things they've never been exposed to before, without feeling pressured. There are no expectations for anyone to do anything."

If that sort of thing interests you, they're raffling off a VIP invite via Instagram. Good luck.