24 dogs, seven cats and an African grey parrot were confiscated on Thursday 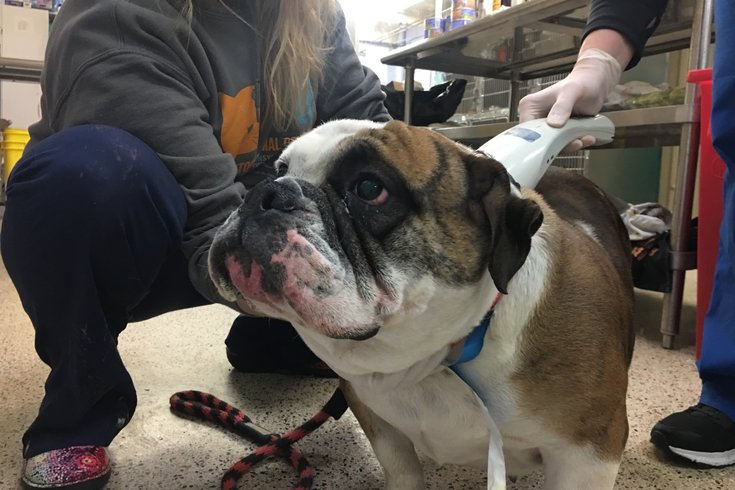 Bella the bulldog was one of the 24 dogs recovered from a residence in Northampton County.

Two dozen dogs, several cats and an African grey parrot were rescued from a Northampton County residence Thursday, and many are now seeking new homes through adoption via the Pennsylvania SPCA.

According to the Pennsylvania SPCA, humane law enforcement officers acting on a tip and subsequent search warrant came upon the animals living in what the SPCA described as "filthy conditions with urine-soaked floors and feces throughout the residence."

The residence, in Stockertown, Northampton County, is owned by an alleged animal breeder, whose identity wasn’t given, as an investigation is underway and charges are pending. 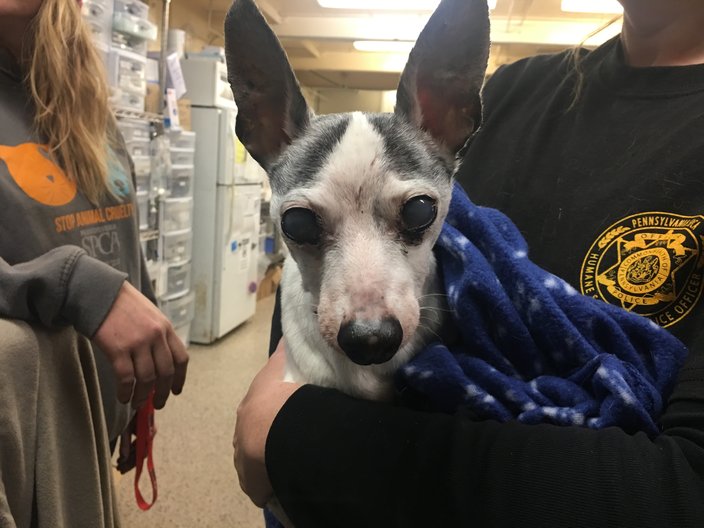 Meiko, a rat terrier, is one of the dogs looking for a new home.

A search of the home turned up 24 dogs, seven cats and the parrot, and they are now in the care of the Pennsylvania SPCA.


The Pennsylvania SPCA notes that all of the animals, except for two dogs and the bird, will be up for adoption. The two dogs and the parrot were not immediately surrendered by the owner and, therefore, will remain in the care of the PSPCA until the court case is adjudicated.

The breeds of the dogs looking for new homes include an English bulldog, a rat terrier, Brussels Griffons, a pit bull and multiple Chihuahuas.