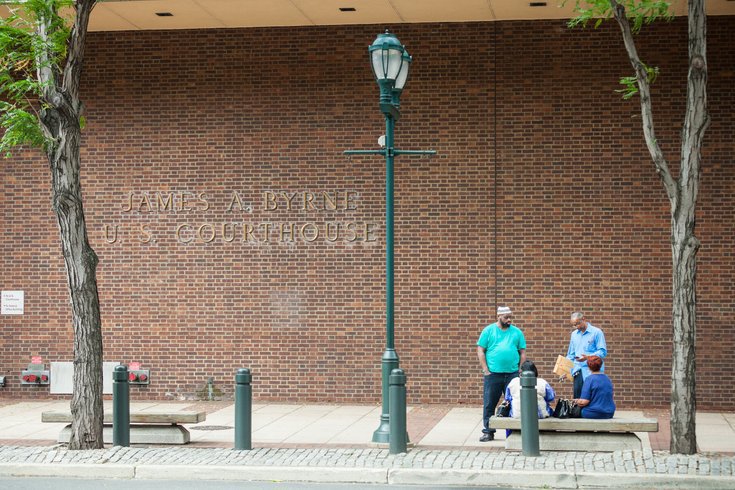 A Philadelphia man is facing federal charges for allegedly attempting to arrange a murder-for-hire, according to federal prosecutors. Darnell Jackson, 47, and the target of a narcotics investigation was charged with orchestrating the plot.

A Philadelphia man who allegedly attempted pay $5,000 to have a rival killed in a murder-for-hire plot was arrested last week by law enforcement officers, who believe multiple people may have been targets of violence had the plan not be foiled.

The discovery of the alleged plot came as part of an ongoing state drug trafficking investigation, during which investigators became aware of communications initiated by 47-year-old Darnell Jackson, aka "Major Change."

Court documents unsealed on Monday revealed Jackson had reached out to an unnamed person in a series of phone calls and text messages to arrange the killing of a third man in Southwest Philadelphia, also not identified by federal authorities. Among those communications, Jackson allegedly sent a photo of the alleged target and said he was willing to pay $5,000 for the hit.

Prosecutors said Jackson also expressed interest in locating close friends of Jackson's rival so that they could be targeted as well.

Jackson allegedly arranged for the murder to take place on Wednesday, July 21. That evening, the hitman called Jackson to say that the man had been killed, when in fact nothing had happened. Jackson allegedly replied that he was on his way to meet the hitman and pay him for his services.

Law enforcement officers stopped Jackson in his vehicle a few minutes later near 65th Street and Guyer Avenue. He was in possession of a Glock-style, ghost gun loaded with 16 live rounds of ammunition. He had nowhere near $5,000 with him, prosecutors said.

Jackson was immediately arrested and made his initial appearance in federal court on Friday.

"It is no stretch of the imagination to conclude that law enforcement thwarted multiple alleged attempted murders by the defendant last week," said Acting U.S. Attorney Jennifer Arbittier Williams. "But there are hundreds of families in this city for whom this news means very little, because their loved ones were already gunned down this year."

Jackson's arrest was part of the ongoing federal All Hands on Deck initiative between federal and local authorities to reduce gun violence in Philadelphia.

"The PPD and our partner agencies recognize the gravity of Philadelphia's plight," Philadelphia Police Commissioner Danielle Outlaw said. "People who commit serious crimes must face serious consequences, and arrests like the one announced today are the very reason why this joint initiative was created."

If convicted, Jackson could face a maximum sentence of up to 20 years in prison on federal charges of murder-for-hire and possession of ammunition by a convicted felon. His detention hearing is scheduled for Aug. 3.