The attraction is set to open on Saturday, March 12 and will feature around 60 different displays for people of all ages 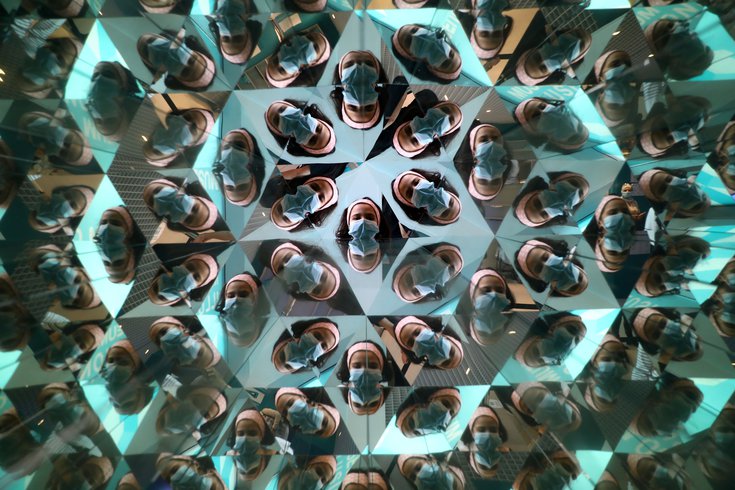 After a long wait, Philadelphians will finally get the chance to have their perceptions challenged at the Museum of Illusions.

First slated for a November opening, construction was delayed due to supply chain issues that held up shipments for some of the exhibits. The museum is now set to open on Saturday, March 12. Tickets are available for purchase and begin at $20.

The concept is an immersive, educational experience which showcases optical illusions, holograms, and hands-on installations with a hometown twist. The project first opened in the United States in New York City in 2018, and has since grown to more than 30 locations around the globe.

"There are pop-ups and there are Instagram spots, but what differentiates us is this is permanent entertainment," Rob Cooper, the Philadelphia native behind the museum, told PhillyMag in May. "It's certainly entertaining, but it's also a healthy dose of education. We show you illusions and then help you understand how these tricks play on your perception. Everything is explained, and you're experiencing it firsthand and also learning about it."

Cooper said that the Philadelphia location has some hometown inspiration, including an exhibit designed to look like a house on Elfreth's Alley and another based on a local diner.

A post shared by Museum of Illusions Philly (@museumofillusions_philly)

The museum has 60 exhibits, including an anti-gravity room that tests visitor's perception of physics. Another is the Instagrammable vortex tunnel, which has visitors guessing if they're moving or standing still. Other experiences include the kaleidoscope exhibit that showcases the history of holograms, and a smart playroom filled with brain teasers and puzzles.

Family packages for groups of four start at $16 during off-peak times and $18 on weekends. Identification will be checked at the door and masks are required at all times while in the museum.