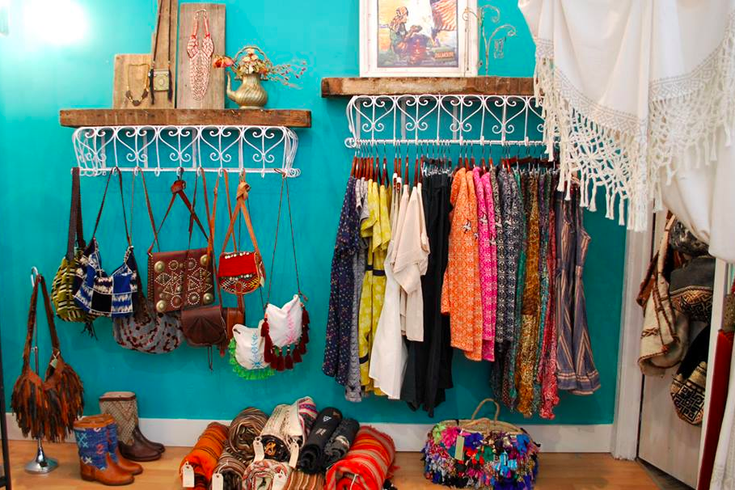 A glimpse of Mushmina's Morocco-inspired goods at its South Street location.

Mushmina, the 1540 South St.-based, Morocco-inspired fashion store, will host a group trip to Morocco this spring in partnership with yoga-retreat organizer Aluna Adventures.

"Since we opened our shop three years ago, we've had a lot of people ask us about Morocco, and there's a buzz in the air about people being interested in traveling there, and how to travel and what things to see," Katie O'Neill, co-owner of Mushmina and graduate from University of the Arts, told PhillyVoice.com. "People have been like, 'Oh, will you ever do a retreat to see how all of this is made, or how it's possible?' And that's why we did the partnership."

Aluna owner Meghan Dwyer, O'Neill said, is a close friend; their collaboration on the group trip came organically through conversation about pairing a tour of Morocco with yoga.

For context, O'Neill's sister -- and Mushmina co-owner -- Heather O'Neill lives in Morocco with her husband, and helps to develop their product line and manage production. (Yes, their products actually come from the country.) Katie O'Neill said she first "caught the bug" when, in 2003, she went to Morocco to visit her sister, Heather, who was in the Peace Corps at the time. The two later developed a wholesale business plan surrounding Moroccan apparel and home goods, before opening their boutique in 2011.

The country was a perfect fit for the O'Neills; now, they want to share their experiences.

"I've heard it said that Morocco is an assault to your senses, and I think that's such a good way to describe it," she said. "You're overwhelmed in the best way with visuals and sounds that are different from what we're used to hearing."

You're also, of course, overwhelmed with fashion goods (she is a designer, after all) -- some of which will look familiar regardless of whether you shop at Mushmina.

"The trend that a lot of people are seeing now at Free People and Anthropologie with heavy metal coin jewlery, a lot of that originates from Moroccan culture," she said. "For us, we design our own line, so we use traditional techniques for our styles and just reinvent them to be a little more wearable for the Western market. But in our travels, we curate a collection of vintage Burber pieces and Tuareg jewelery, pick up beautiful fabrics and carpets and have a lot of traditional leather handbags and backpacks."

So, trip partakers will get a chance to not just see the countryside, but the development of Mushmina's products in action. Though the Muslim country is relatively conservative, O'Neill said it's less so than its counterparts; women traditionally wear a Jallaba gown, but progress has been made in recent years, and many women are now wearing fashionable attire not unlike what you'd see in the U.S.

"Our original mission was women's empowerment all over this country," she said. "There's a lot of women who work out of their homes there, so we opened a women's training operations center called Flying Camel, where they pick up new skills like sewing and embroidering and also have the opportunity to work for Mushmina, giving them a fair wage."

The excursion will offer the opportunity to meet Moroccan artisans for yoga and tea, she said.

The cost of the planned trip is $1,599 per person, with a $100 discount rate in effect until Jan. 31. (The trip's inclusions are enumerated below, and more details can be viewed here.) She said the trip is for the adventurous spirit who might take an interest in cross-cultural interactions, meditation and absorbing history. She said she hopes to bring along "at least" 15 people; the trip runs from March 27 to April 5. Sign-ups are first come, first serve.

To boot, O'Neill made mention that Mushmina will be opening a second, 2,500-square-foot storefront in Wayne, Delaware County, in May.

She intended to open a second location in Philadelphia, but decided against it.

"I checked out the Main Line and found myself in Wayne, and talked to a few business owners there, and to a couple of customers in the area who always talk about the appreciation for the arts and handmade goods in that community, and realized they want something different," she said. "I feel they'll appreciate the social aspect of what we do, and the unique design. And it's close enough that we can cross-market the stores."

She's also, she said, launching a mobile shop -- a renovated Volkswagen bus that she's turning into a shop on wheels. It'll take a spin around festivals and local events year-round, but especially as the weather gets warmer. It will be their, she said, "Moroccan gypsy van."

What's included in the package:

- Two nights in the seaside city of Casablanca

- Four nights in the countryside of Marrakesh

- Breakfast each morning in "Casa"

- Breakfast and dinner each day in the "Kesh" countryside

- Three meals per day in the Sahara

- All transportation within Morocco