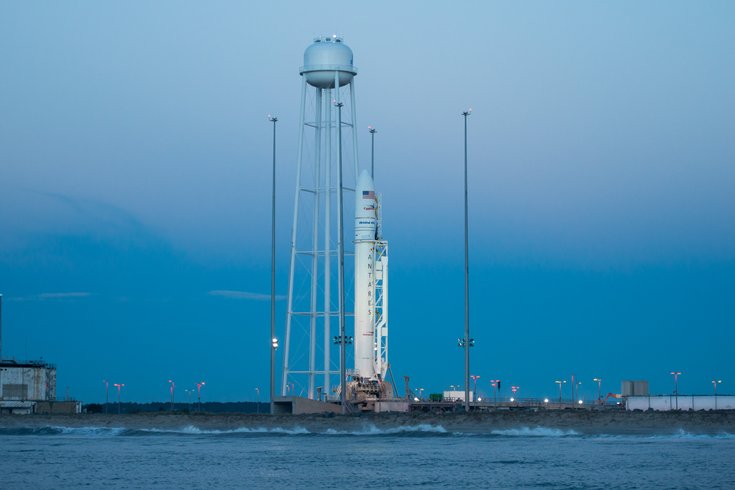 Residents of the greater Philadelphia who were hoping to see a rocket blast across the city skies on Sunday night were disappointed because the launch was delayed 24 hours.

NASA announced that an equipment problem forced the postponement of the Orbital ATK’s Antares rocket, which was scheduled to launch Sunday at 8:03 p.m. from the agency's Wallops Flight Facility in Virginia.

During a pre-launch check, a ground support equipment cable did not perform as expected.

The rocket is now slated to blast off no earlier than 7:40 p.m. on Monday night.

The rocket's plume should be visible to most residents of the East Coast from Maine to Georgia, according to Space.com.

Meteorologists at The Weather Channel call for mostly clear skies in Philly when the launch is scheduled.

Depending on conditions, NASA officials expect the rocket to appear in the Philadelphia area about 90 seconds after liftoff. 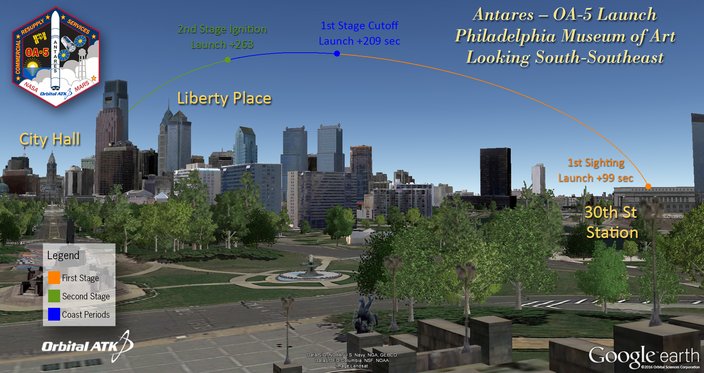 Rendering of view from the Art Museum.in Philadelphia.

The unmanned cargo ship will carry more than 5,100 pounds of supplies and vehicle hardware to the International Space Station in a resupply mission.